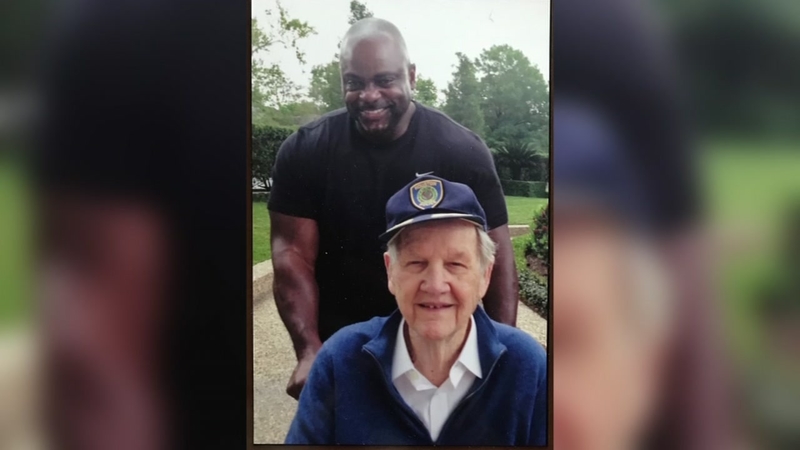 HOUSTON, Texas (KTRK) -- The Harris County District Attorney's Office has widened its investigation of cases related to Houston officers involved in a botched drug raid, from about 1,400 to more than 2,000 cases.

This comes on the same day that a former first lady of Houston, Elyse Lanier, is defending the officer in the center of the investigation.

Both Bryant and Goines were relieved of duty last month following the Jan. 28 raid of a home on Harding Street. Goines was the case officer for what was originally labeled a narcotics raid. A married couple died when their home was raided. The operation also resulted in injuries to five officers, including Goines.

"I want people to know there's another side to Gerald Goines," she said. "He is a fine police officer, who would only want to do something that is right."

Lanier says Goines has worked part-time for her husband and their extended family for 25 years. During the final two years of the former mayor's life, Goines helped out the family almost every night.

"The great thing about Gerald is that he didn't bring one job to another job. When he was with us, he focused on us. He didn't talk about anything he was doing, but I know him as a man of great integrity and honor," recalled Elyse Lanier.

Lanier's description of Goines contrasts drastically with what investigators have uncovered since the Harding Street raid so far. With the expansion of the investigation into Officer Bryant as well, the district attorney's office must wade through thousands of cases and notify hundreds of attorneys.

According to District Attorney Kim Ogg's office, about 30 of Bryant's cases are active and currently pending in court.

"We have a duty to the people of Harris County to pursue justice in every instance, no matter how many cases this involves," Ogg said in a news release Monday. "We are going to thoroughly review each of these cases to ensure that the arrests and convictions were proper."

When the district attorney's office announced a review of Goines' cases, about 27 of them were active. Over the last several weeks, ABC13 Eyewitness News has reported on a handful of the cases, with at least two being thrown out.