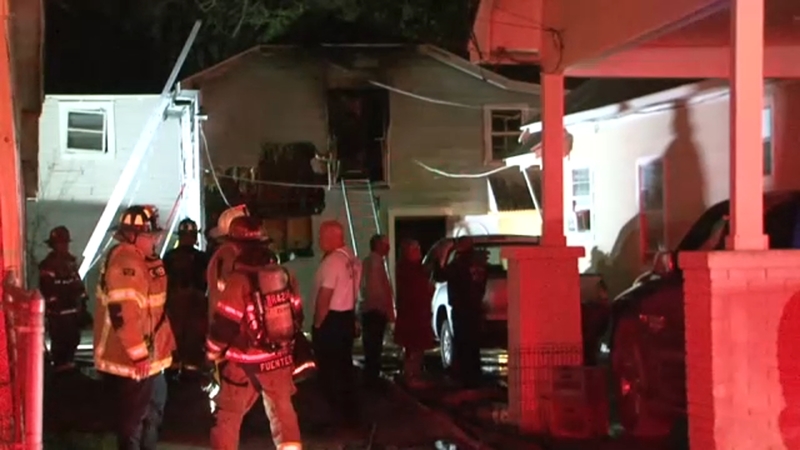 HOUSTON, Texas (KTRK) -- A man has been injured after a gas explosion at a duplex early Saturday morning.

The explosion happened just after midnight on Sherman street near 72nd St. Firefighters arrived on scene after a 911 call after was made by an Uber driver who stopped after witnessing two men in need on the front yard of the duplex.

The man who was injured suffered first and second degree burns and was taken to the hospital.

ABC13 spoke with the neighbor, Rene Reyna who helped the man who was injured and called 911.

"I saw the guy, don't know his name. He came out of his house yelling 911 help help me. I see him stumbling right here. Then an Uber driver passing by - he stopped. He called 911 while I was looking at the guy, looking at what was going on. From there the Uber guy passed me the phone, so I could give them the address because he wasn't familiar with the area." Reyna said.

Reyna also helped the other neighbor who was living on the bottom floor by knocking on his door, warning him about the fire.

HFD Arson is currently investigating. They believe that this explosion may have happened due to a gas leak. The back of the duplex collapsed, a clue to firefighters a gas explosion may be to blame.

We also spoke to the woman who owns the garage apartment and she says that she does not know what went wrong. She has been renting the place for the past 20 years.

The man who was injured had recently moved in Friday night hours before the fire.