ByJessica Willey and Nick Natario via

GALVESTON, Texas (KTRK) -- Galveston police have released a sketch in the search for two men who attacked a woman and her grandkids in the parking lot of a Kroger grocery store.

The incident happened Monday at 9:30 p.m. when the victim, a 72-year-old woman, and her grandkids went to the store for groceries. The woman, who did not want to be identified because she fears retaliation, told ABC13 that she was ambushed by two armed men as they left the store.

"There was no warning. We were ambushed," she said. "All of a sudden, I had this gun in my face. He said, 'I'm going to blow your brains out.'"

One suspect pistol-whipped her in the face. The other held her grandson on the ground and hit him in the back of his head with a gun. They stole the grandson's necklace and watch and fled.

The woman said her only concern was her grandkids and that she didn't realize she was bleeding. From the attack, the grandmother had to have 12 stitches.

Now, she's wanting to warn people so they can take precautions.

"My grandkids are forever going to be traumatized by this," she said. "I hope they catch them."

Police issued a brief description of the suspects on Friday. They said both had facial tattoos and one was seen wearing all black clothing.

"Your face is out there now," said Galveston Police detective Michelle Sollenberger during a briefing. "We know who you are. It's just a matter of time before we put a name to this face."

Investigators said the suspects drove off in what they believe was a white sedan, possibly a Honda.

Meanwhile, business owners on the island have come together to offer a reward in the case now totaling more than $8,200.

The owner spearheading the reward is Cole Wallace, who runs Steals & Deals and The Bin Shop.

"I just can't even explain and fathom how it made me feel," Wallace said. "It was disgusting, sick, and just totally cruel."

Anyone with information is urged to contact Galveston Crime Stoppers or the Galveston Police Department. The number is 409-763-8477. 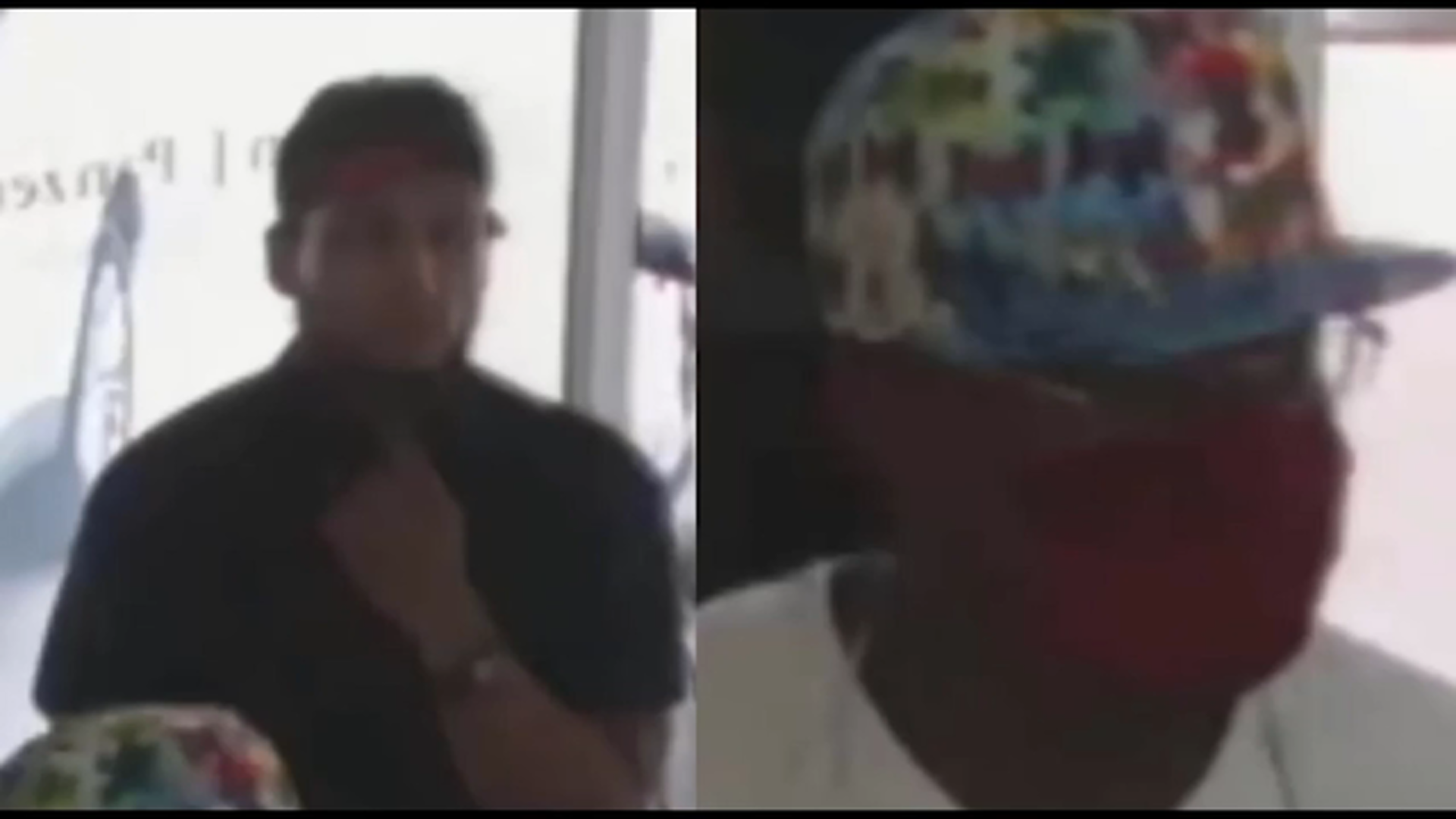