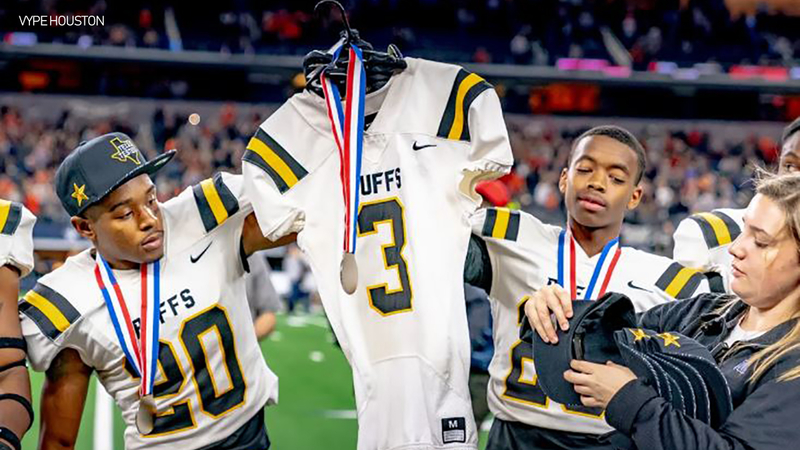 MISSOURI CITY, Texas -- Last Wednesday marked one year since the Fort Bend Marshall football program was shaken at its core.

The players woke up and arrived at school with the news of one of their teammates, Drew Conley, passing away during the night due to a gunshot wound to the leg.

That news came just days before Fort Bend Marshall would play in the Class 5A Division II State Semifinals against Calallen. The Buffs would win that game 19-17 and advance to the program's first-ever state title game. Fort Bend Marshall honored Drew at that game with his No. 3 jersey displayed on the sidelines inside AT&T Stadium and afterwards having a silver medal draped around the black coat hanger it was on.

The Buffs would not forget their fallen teammate and a year later, Fort Bend Marshall still hasn't forgotten.

Last week, Fort Bend Marshall for a second straight season played in the State Semifinals, this time against Boerne Champion, at Texas A&M's Kyle Field. The Buffs claimed victory in a game that Coach James Williams said was still dedicated to Drew a year later.

Head over to our partner VYPE Houston for the complete story on Fort Bend Marshall's continuing tribute to Conley.