Officials say the fire was caused by used fireworks tossed in a trash can. The man rushed into the burning garage to retrieve his Ford F-250.

SANTA FE, Texas (KTRK) -- A Santa Fe man was burned after fireworks tossed in a trash can started a fire in his garage, and he tried to back his truck out while it burned.

The fire was caused by used, but not quite extinguished fireworks, fire officials said.

The fire happened at the man's home in the 7600 block of Avenue C. The family had been shooting off fireworks on their property for the Fourth of July.

Video from the scene shows the garage completely engulfed in flames.

RELATED: Woman has 'significant trauma' after firework exploded in her face

Santa Fe fire officials said a man driving by saw the garage on fire and banged on the door of the home to alert the residents.

That's when the homeowner ran outside and rushed into the burning garage to retrieve his Ford F-250 truck, according to Rescue Fire Chief Tommy Anderson.

Anderson said the fire had already started melting parts of the truck as the man jumped behind the wheel and backed out.

In the process, the homeowner sustained second degree burns to his left shoulder, but was not taken to the hospital, fire officials said. 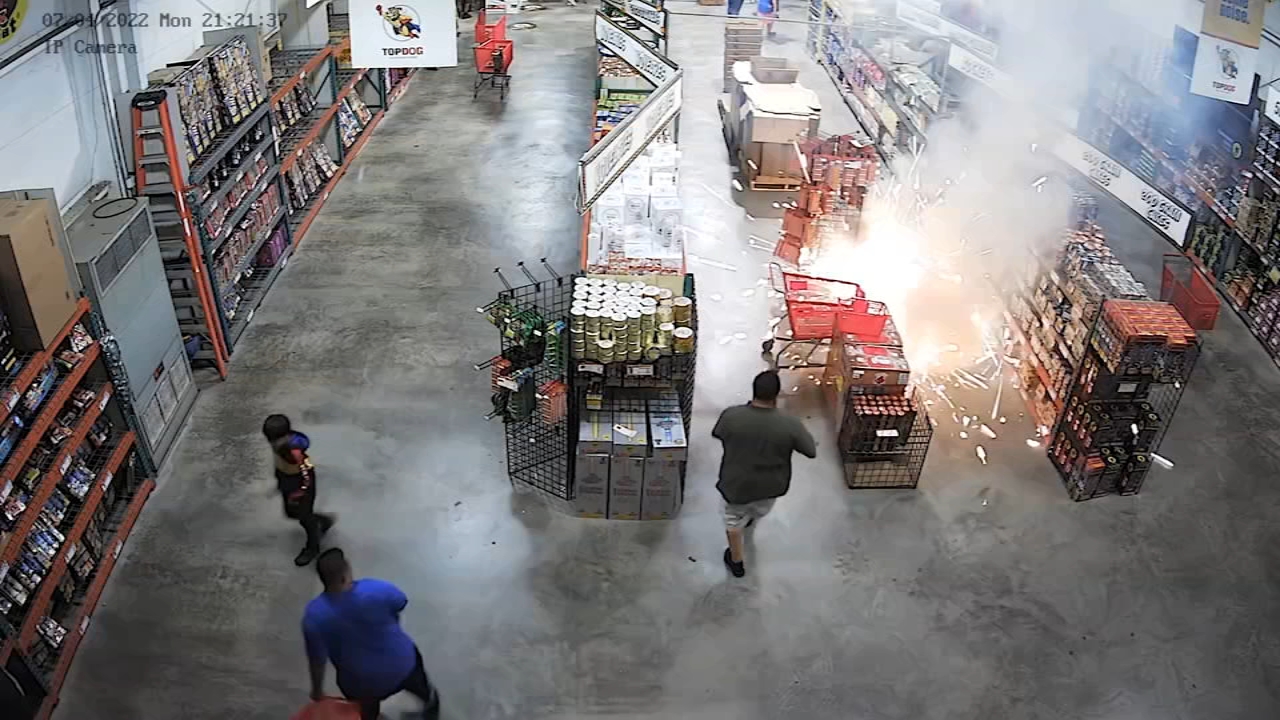