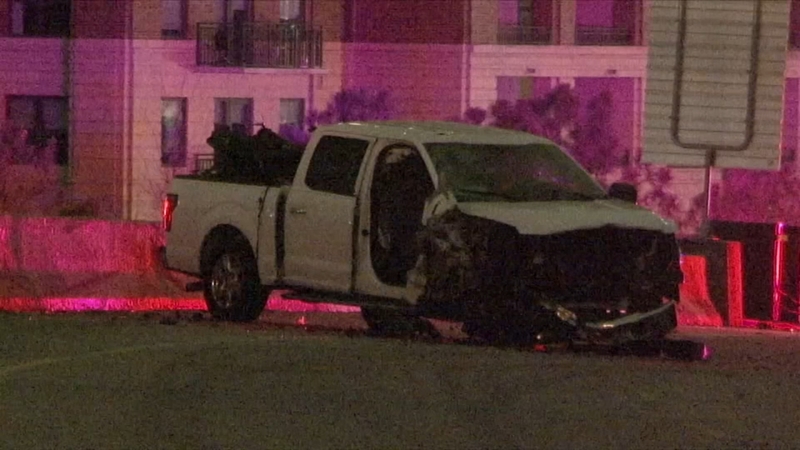 Bars could be held liable after deadly crashes

HARRIS COUNTY, Texas (KTRK) -- Bourbon Street Sports Bar in Katy is under investigation for possibly overserving a customer, who is now charged with intoxication manslaughter.

Investigators with the Harris County Sheriff's Office said the crash happened on Sunday at about 2:20 a.m.


Ilianna Yasmine Zepeda ran a red light at the intersection of Westgreen and Franz Road when she hit another car, deputies say. The impact of the crash killed 24-year-old, Renzo Olano-Flores, when Zepeda crashed into his vehicle.

Zepeda got out of her car and ran from the scene, but was later brought back by her sister, according to court records.

Zepeda's sister told investigators the two were at a bar drinking before the crash.

Lynn Nguyen, chief of the Vehicular Crimes Division with the Harris County District Attorney's Office, said the crash Zepeda is accused of happened just 12 minutes after leaving the bar on Mason Road.

"I don't believe that it's just enough to go after the person who is actually getting intoxicated. Obviously, that person is getting their alcohol somewhere," said Nguyen.


She said the TABC served multiple subpoenas at the bar Tuesday, collecting evidence like receipts and surveillance video to determine if a bartender overserved Zepeda.

Nguyen said under the Texas dram shop law, bartenders, servers, waiters and cocktail waitresses can be criminally charged and face civil lawsuits if they are found to serve a patron who is already intoxicated.

"We've charged quite a number of bartenders, waitresses and waiters who have overserved," said Nguyen.

Zepeda is now in jail on bonds totaling $1 million for the crash that killed Olano-Flores, who was set to graduate from University of Houston in just a few months.

"At least what I want is just justice for my brother, so this won't happen to anybody else," said the victim's brother Juan Olano-Flores.


CRU Lounge is also being is accused of overserving a customer who is charged with a deadly crash on Jan. 28. Investigators said Jason Cornelius Black was driving the wrong way on a Southwest Freeway exit ramp and slammed head-on into another car.

The impact killed his passenger, Diandra Bellamy, and injured the passenger of the other car, Dilma Dos Santos.

Santos has filed a suit against CRU Lounge, alleging they overserved the driver, putting the community in danger.

Dos Santos is seeking more than $1 million in damages.