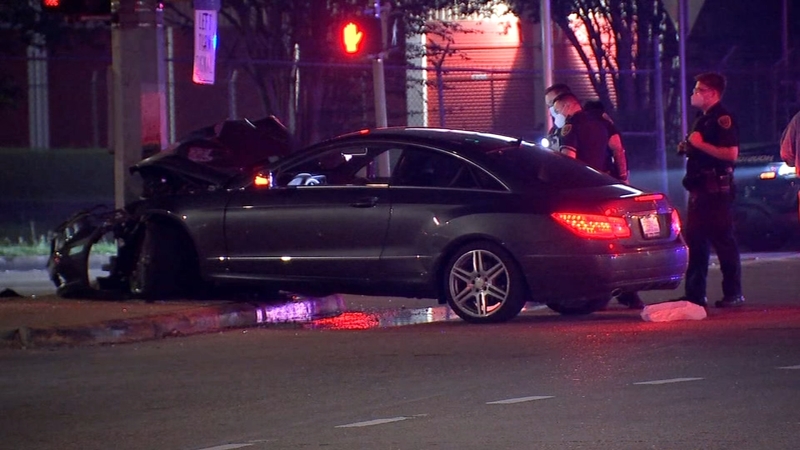 Homicide detectives say a man was driving southbound on Fountain View around 3:20 a.m. and was at the traffic light when there was a possible exchange of words between him and the suspect in a vehicle a couple lanes over.

That's when officials say several shots were fired at the victim's vehicle.

The victim drove off but crashed into a pole on the feeder road at Fountain View. The suspect fled the scene.

The victim died at the scene.

Detectives say the victim had just left a convenience store, but surveillance video doesn't show any kind of interaction with anyone in a white vehicle or verbal disagreement at the store.

The feeder road is expected to be closed for hours as detectives continue to investigate.