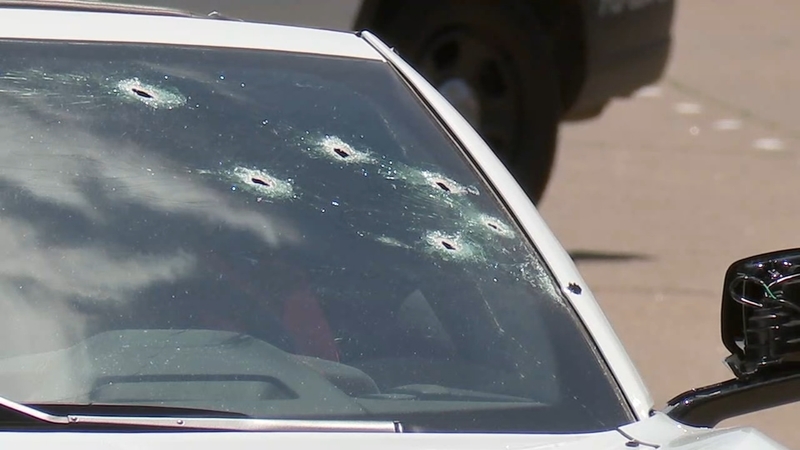 Police search for gunman who killed 1 in drive-by shooting

HOUSTON, Texas (KTRK) -- Two people died Sunday in what appeared to be separate shootings in a northwest Houston neighborhood, including a drive-by shooting involving a Corvette and a Cadillac Escalade, authorities said.

The first happened around 12:30 p.m. in the 5800 block of Golden Forest Drive near Antoine Drive.

A Cadillac SUV was seen speeding away after someone opened fire, killing one person on Golden Forest Drive near Antoine.

A black Cadillac Escalade drove up to the victim and someone inside fired at least 17 shots toward the victim, killing them and left a white Corvette with multiple bullet holes, according to police. The victim was believed to be driving the Corvette before he was shot.

The victim, identified by family members as Deondre Perkins, 27, died at the scene.

Detectives said the Cadillac sped away from the location, which is a neighborhood with multiple homes and apartments. Multiple people may have seen what happened, investigators said.

Surveillance cameras in the area recorded the suspects fleeing the scene, but police were still looking for the shooter.

Less than two miles away, investigators were looking into another gun-related incident where a man was shot in the head outside an apartment.

It happened around 2 p.m. in the 6400 block of Antoine Drive. It didn't appear that the two incidents were related.