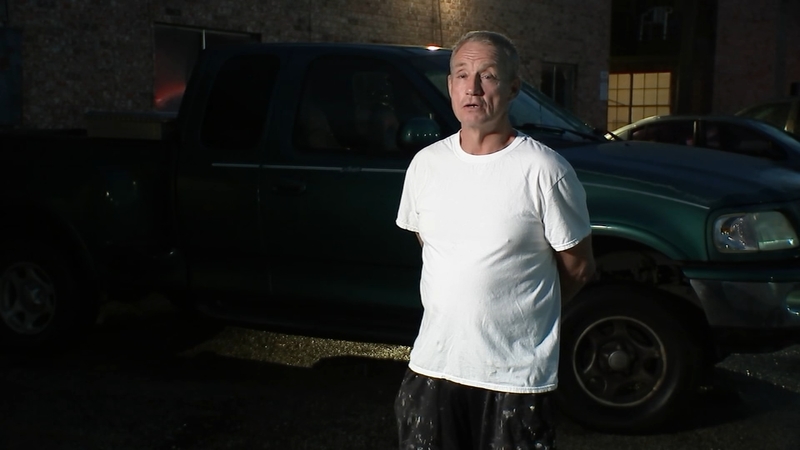 DICKINSON, Texas (KTRK) -- A Dickinson handyman, whose tools were stolen last week, got some new ones courtesy of generous ABC13 viewers.

Last Thursday, thieves stole all of Carl Wright's tools from the bed of his truck, which was parked outside his apartment in Dickinson. The theft was captured on camera. He estimated the loss at $2,500, which greatly affected his livelihood.

"What's a handyman without all those tools?" ABC13 reporter Jessica Willey asked.

"He's not a handyman," replied Wright. "I'm a working man who works paycheck to paycheck."

Video showed a brown GMC conversion van with tinted windows and custom rims back in right next to Wright's truck. One man took the toolbox with the tools inside while the driver got out for a short time. Both men then got back inside the van and the van then pulls away.

"It's hard times for people. It's very hard, and for someone to come and take a working man's stuff, it's very difficult," said Wright.

After the story aired, viewers contacted ABC13 looking to help. On Monday, one couple, who wished to remain anonymous, took Wright shopping at the Home Depot in Webster to replace what was stolen. The manager at the store also helped by giving them a discount. The viewers were generous and Wright was thrilled.

"It was wonderful and it was a godsend," Wright told ABC-13.

Prior to the theft, Wright was already facing difficulty. While working to repair broken pipes at a residential complex last week, he was bitten by a spider.

The bite was so bad, it required a hospital stay.

Police are still looking for the thieves. Anyone with information is urged to contact the Dickinson Police Department at 281-337-4700.