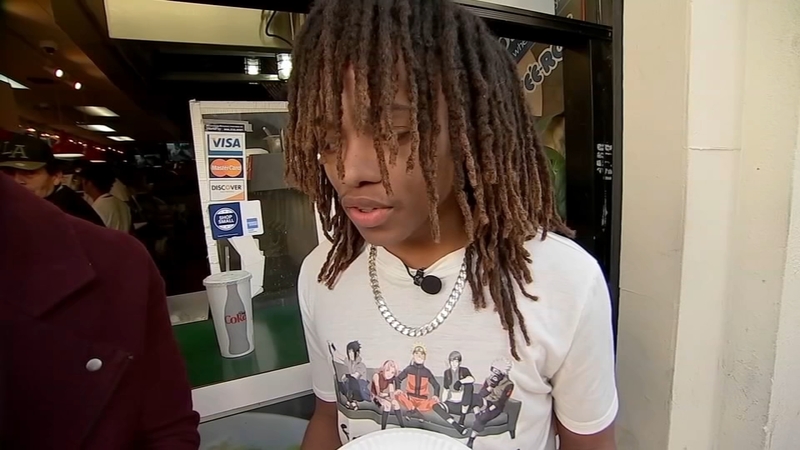 MONT BELVIEU, Texas -- A judge has ruled that a Texas school district's hair policy is discriminatory after two Black students were suspended earlier in the year over the length of their dreadlocks.

The decision came late Monday night from a judge for the U.S. District Court for the Southern District of Texas.

"Today's momentous decision enjoining enforcement of BHISD's discriminatory dress and grooming policy makes a huge difference for our client, who may now return to class and extracurricular activities after being unfairly deprived of an equal education for many months," said Janai Nelson, associate director-counsel for the NAACP Legal Defense and Educational Fund (LDF).

The policy was at the center of controversy after Barbers Hill High School student DeAndre Arnold was suspended for his hair style in January 2020, with district officials saying it wasn't about race and that dreadlocks are allowed, just not at his length.

"There is no dress code policy that prohibits any cornrow or any other method of wearing of the hair," superintendent Greg Poole said at the time. "Our policy limits the length. It's been that way for 30 years."

Arnold wasn't allowed to return to school or attend his graduation ceremony unless he cut his hair, his family said.

Arnold, who was a senior at the school, had dreadlocks for years and said it was part of his identity and culture. Arnold's family is from Trinidad, and he said the men in his family often grow their dreadlocks to below their waist.

The ACLU of Texas said his cousin Kaden Bradford was in the middle of his sophomore year when the dress and grooming policy was revised to prohibit male students from wearing long hair. Bradford was also suspended by school officials and enrolled in a different school.

Both students filed grievances on Jan. 27, followed by a lawsuit, contending that the policy was not fairly enforced against them.

But following Monday night's ruling, Nelson, who is also advocating for Bradford, says the teen will now be able to return to class for his junior year of high school and extracurricular activities.

"The court's granting of our request means that K.B. no longer has to endure an unjust and educationally-damaging in-school suspension simply for having uncut locs, which are an immutable part of his Black identity and cultural heritage," said Nelson, who filed the request on Bradford's behalf.

The judge's decision comes nearly a month after the school district board voted not to change its hair code policy.

"I'm very excited there were people at Barbers Hill that I've grown up with and that I've missed very much missed throughout this entire process. So, I'm really glad that I can get back and get to see them again. Our main goal has always been to change the policy to where it wouldn't discriminate against different racial groups," said Bradford. "I'm ready to go back to school and focus on getting good grades and deciding what college I want to attend."

Arnold's fight over how he wore his hair has also received national attention, with the student inspiring anti-discrimination legislation in Texas. Arnold was also invited to attend the Oscars this past February by filmmaker Matthew A. Cherry, who won the Academy Award for best animated short film for his documentary, "Hair Love."

You can read a copy of the judge's decision by following this link on the NAACP's LDF website.

DeAndre Arnold shared his heritage, his goals and his unintentional journey to the Oscars.

CATCH UP ON THIS STORY:

#DeAndresJourney: Texas HS student shows off his dreads on the red carpet