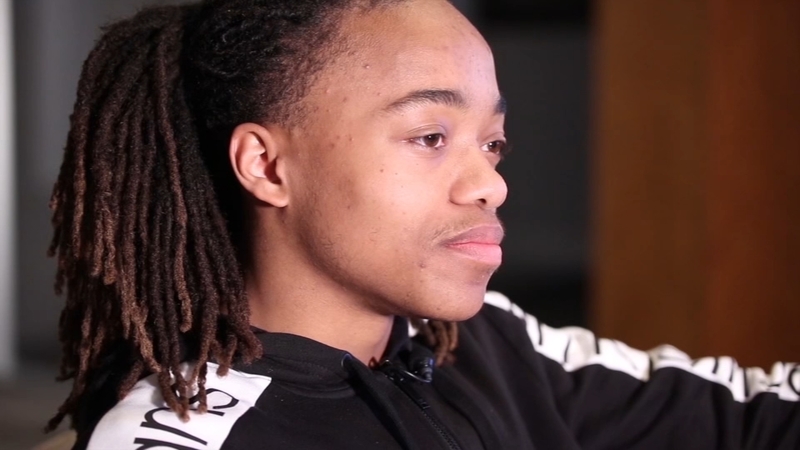 LOS ANGELES, California (KTRK) -- "I don't want to be famous. I want to be a vet. I love animals. I love helping animals," said a soft-spoken, self-titled 'accidental activist.'

DeAndre Arnold's new found journey began with him facing backlash from his high school because of the length of his dreadlocks.

He got national attention after deciding he wanted to take a stand by refusing to cut his hair.

"It goes back to, you know, my dad's culture and all of that because, you know, Trinidad and Tobago. It really means a lot to me because it's like, this is who I am. My hair is who I am."

It wasn't until his senior year at Barbers Hill High School in Mont Belvieu when his hair became a problem.

School officials told DeAndre his dreadlocks, which he's been growing out since 7th grade, were too long and didn't meet the district's dress code policy, which says that a male student's hair cannot extend below the eyebrows or below the ear lobes.

He was suspended and told he couldn't walk at his graduation.

His mom tried to compromise with different hairstyles, but the school district wouldn't budge.

Instead of cutting his crown, DeAndre decided to change schools.

"I saw this quote that said, stand for something or fall for anything," he said.

That decision took him all the way to the Oscars, right alongside the director of Hair Love, Matthew A. Cherry.

Cherry teamed up with Dove and invited DeAndre and his family after he heard his story.

He's now sparked a conversation nationwide about the understanding and acceptance of black hair.

"I'm glad that, you know, I'm not on the news for like something violent or anything."

Texas lawmakers are introducing a bill that stops discrimination based on hair styles and texture that are often associated with race called the CROWN act.