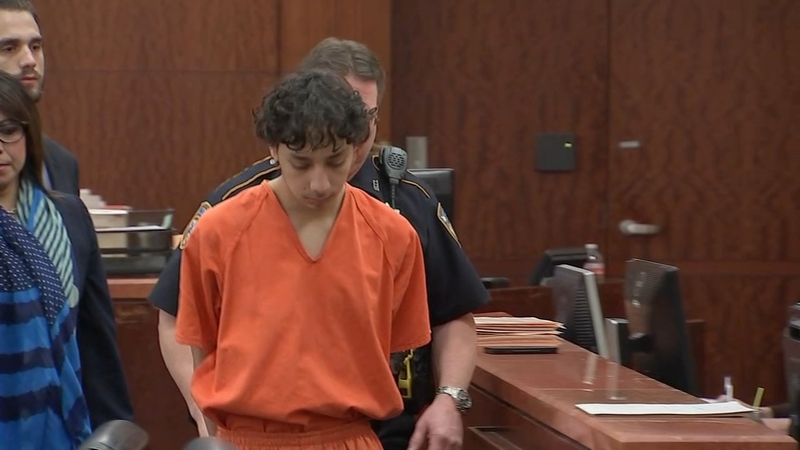 Cypress man gets life in prison for stabbing woman 37 times

HARRIS COUNTY, Texas (KTRK) -- A 23-year-old Cypress man has been sentenced to life in prison for the 2017 murder of a mother of four inside the Habitat for Humanity home she helped build for her family.

Mauricio Navarrete-Torres was sentenced and fined $10,000 after he was convicted for the fatal stabbing of 37-year-old Christine Martinez in the 19900 block of Great Elms Drive in northwest Harris County on Feb. 3, 2017.

The house was built by Habitat for Humanity, and Martinez helped construct the home with her family.

FROM 2017: This is our original report on the fatal stabbing that occurred at the victim's home in northwest Harris County.

Martinez's 20-year-old son told investigators that he left the family's home around midnight that night to pick up his younger brother from work.

When they returned home, the brothers found that someone had forced their way inside and stabbed their mother in her bedroom.

Detectives said at the time that one of the brothers found their mother covered in blood and tried to perform CPR, but the woman had died.

"Ms. Martinez was a loving and caring mother who should have been safe in her own home," Harris County District Attorney Kim Ogg said.

According to court records, Navarrete-Torres broke into the home and knew where the valuables were because he had been in there as a friend and co-worker of Martinez's children.

"We argued that he has not shown any real remorse or accountability for his actions," Oswald said.

Detectives identified Navarrete-Torres as the prime suspect in the case because of fingerprint identification and because he knew where valuable items were in Martinez's son's room.

The video above is from the original 2017 report on Christine Martinez's fatal stabbing.