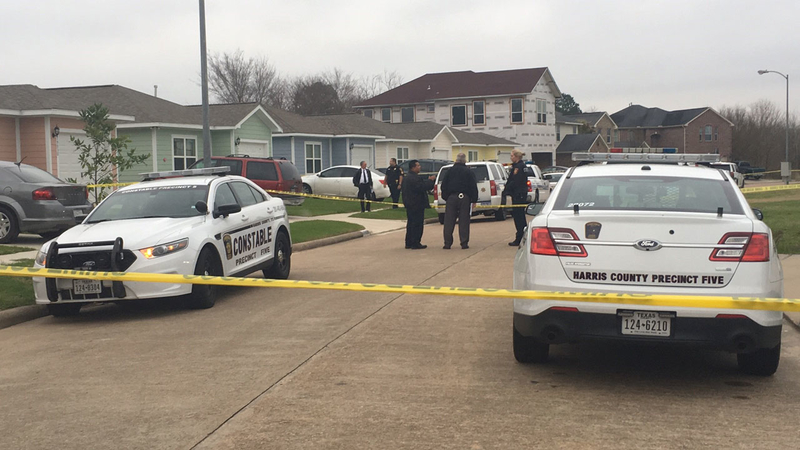 HARRIS COUNTY, TX (KTRK) -- The Harris County Sheriff's Office is investigating after a 37-year-old mother was found stabbed to death in her bedroom. Authorities say her adult son found her.

The woman, whose name is not being released at this time, lived in a home off Great Elms Drive in northwest Harris County, near FM 529.

No one has been arrested and charged with her murder.

Deputies were on scene for more than 10 hours Friday morning. Family members and friends were very emotional when they pulled up to the woman's house. One person had to be taken to the hospital by ambulance.

The woman leaves behind four children.

"I was shocked," said Kayla Claude, who lives next door to the woman killed. "I didn't immediately think about my mom's friend dying."

Around 2 AM, investigators say one of the woman's sons left home to pick up his brother from work. His mother stayed at the house, alone. It's unclear where her two other children were.

When the two men came home about 30 minutes later, detectives say one of them found their mother covered in blood. Dispatchers say he tried to preform CPR, but the woman had died.

"When I came out[side], there was maybe 12 to 13 police cars," said Corey Owens, who lives down the street.

There were no signs of someone forcing his or her way into the house. Could the woman have known her killer? Detectives won't discuss their theory.