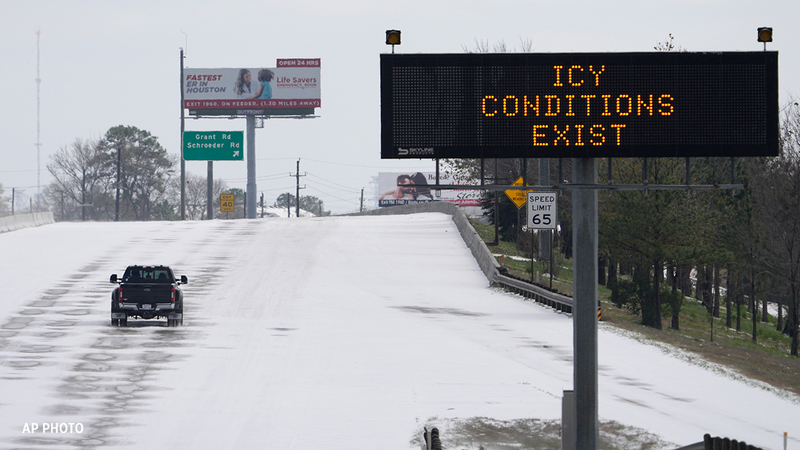 HOUSTON, Texas (KTRK) -- The impact of the winter storm and power crisis around the Houston area has been great, including the tragic loss of life.

As of Friday afternoon, the total number of those who have died as a result of the storm has reached 22. Of those, 12 deaths were reported in Harris County, seven in Fort Bend County and three in Galveston County.

The deaths have been either hypothermia or carbon monoxide poisoning, in most cases. The death toll may continue to rise as medical examiners confirm the cause of death for additional victims.

In one tragic case of carbon monoxide poisoning, Etenesh Mersha and her 7-year-old daughter both died after a car was running in an attached garage while the family was without power.

SEE ALSO: 'We tried our best to save them,' said family of woman and 7-year-old who died from carbon monoxide poisoning
EMBED More News Videos

Relatives say Etenesh Mersha was running her car in an attached garage in order to charge her cell phone when the family was overcome by carbon monoxide.

Earlier in the week, Houston Police Chief Art Acevedo urged people to take advantage of the city's warming centers after a man was found dead on a median near Midtown.

The sheriff's office had also reported a homeless man who declined to be taken to a warming center was later tragically found dead.

RELATED: 2 dead in Houston area possibly due to exposure to cold

Galveston County officials had requested a refrigerated truck to deal with a surge in cold weather deaths. That truck, however, remained unused as of Thursday afternoon, county officials confirmed.