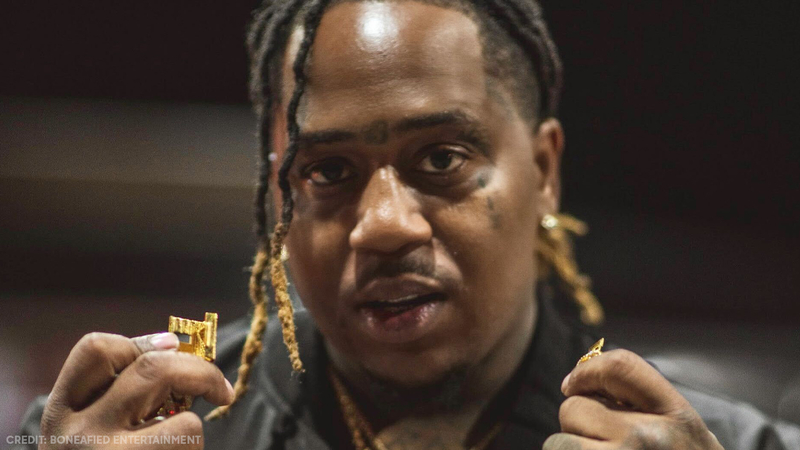 ATLANTA -- A man suspected in the shooting death of a rising Houston rap artist on an Atlanta area interstate was arrested as he was exiting a plane at Atlanta's airport, a Georgia sheriff's office said.

He was booked into jail Saturday, according to jail records, which list his age at the time of booking as 34. He was being held without bond. The jail records do not list an attorney for him.

Detiege, who performed under the stage name Chucky Trill, died after the predawn shooting March 5 on Interstate 85, police in suburban Gwinnett County have said previously. Detiege, 33, was from Sugar Land, Texas.

Police at the time did not provide a motive for the slaying.

Chucky Trill released his album "Music for the Soul" in 2018 and had more music in the works, the Houston Chronicle has reported.