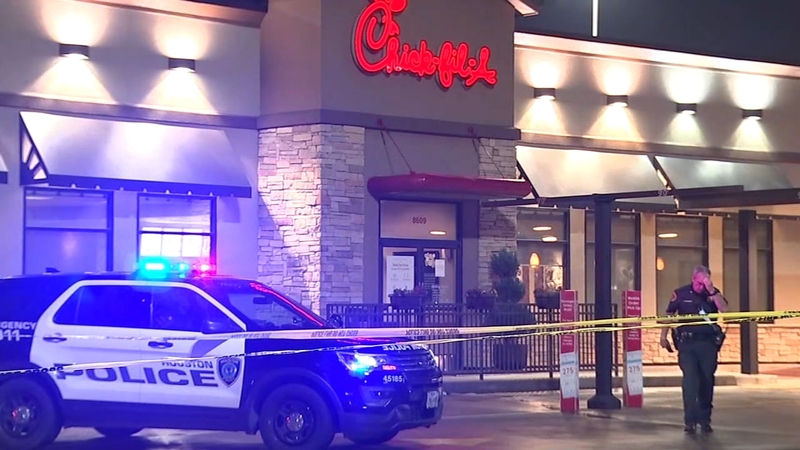 HOUSTON, Texas (KTRK) -- A woman has died after she was found shot outside a southwest Houston Chick-fil-A on Friday night, according to police.

Victim is deceased at the hospital. 202 pic.twitter.com/jkchNiSQhg

The woman was reportedly found outside the restaurant in the 8600 block of Westheimer Road near Fondren after a manager said they heard gunshots and ran to see what happened.

The manager said when they got outside, the woman was lying on the ground. Around 9:40 p.m., the manager called Houston police, and officers arrived on the scene within minutes.

Authorities then performed CPR before transporting the woman to the hospital. She later died.