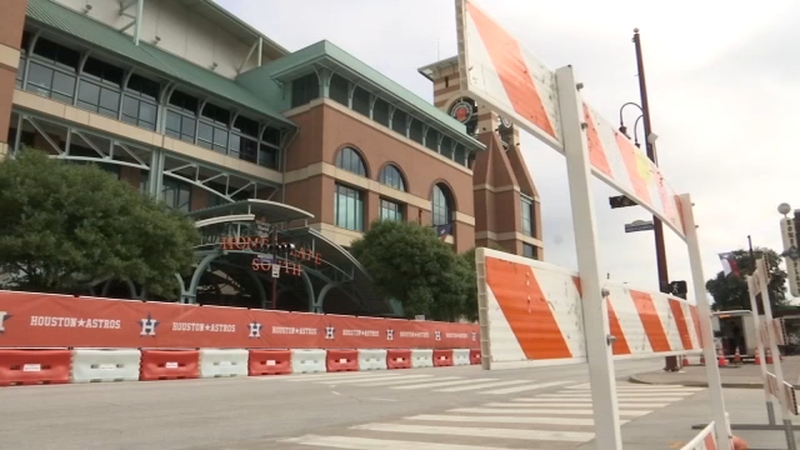 HOUSTON, Texas (KTRK) -- With the Astros in position to potentially clinch a World Series title at home, Houston police are warning fans about counterfeit tickets, merchandise and parking scams.

Lt. Clifton Holloway of HPD said if you're using a lot, look at the attendant's badge before you pay.

If you're going to use street parking, pay attention. Road closures start at 3 p.m. And spots that are normally open may be closed and your car might be towed.

No matter where you park, though, officers say be smart about what you leave behind, including bags.

Another important reminder: make sure you lock your vehicle so you're not disappointed after celebrating another Astros championship win.

"When you leave your car, lock your car," Holloway said. "You'd be surprised how many people with the keyless remotes never remember to lock their car."

Houston Homeland Security said counterfeit merchandise and credentials were issues during the first two games last week. It said the big problem, though, was an increase in counterfeit tickets.

The agency released a list of ways to spot a fake ticket.

Police say he tried to sell the tickets to an undercover officer for $400 a pop, in a section of Minute Maid Park that doesn't even exist.