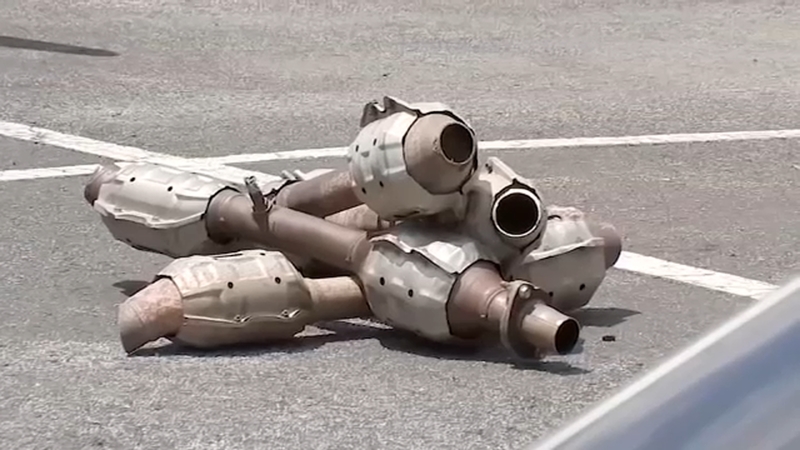 Auto theft: Three precious metals, platinum, rhodium and palladium are the cause for catalytic converter theft in Houston

HOUSTON, Texas (KTRK) -- As catalytic converter theft continues to rise, many are wondering why? Within minutes, thieves are able to cut them off from vehicles. It is because of a type of three types of metals that is inside the pollution control devices.

The issue is that it is impossible for an average person to extract those metals. There's a complicated process that must be done in a manufacturing setting.

Laviage said regulations are already on the books to keep stolen converters from being bought by recyclers. That is why he does not purchase catalytic converters much anymore. He said buying them from sellers requires a lot of paperwork and he won't accept anything stolen.


"There's a lot of bad apples in every business. I don't know who is buying these catalytic converters," Laviage said "I don't know if it's a racket going on. I do know this, there are ways to steal converters and get them out of the city and no one even knows where they went. I think that's probably what is happening."

In an interview with ABC13, Harris County Judge Lina Hidalgo called for statewide restrictions. She said while the county and other local municipalities are trying to crack down on the crime, state lawmakers must intervene.

"I'm going to be bashful about that. We do need the regulation at the state level. I have no reason to believe that my state colleagues would be opposed to. Obviously, we need the state legislature to convene," said Hidalgo.