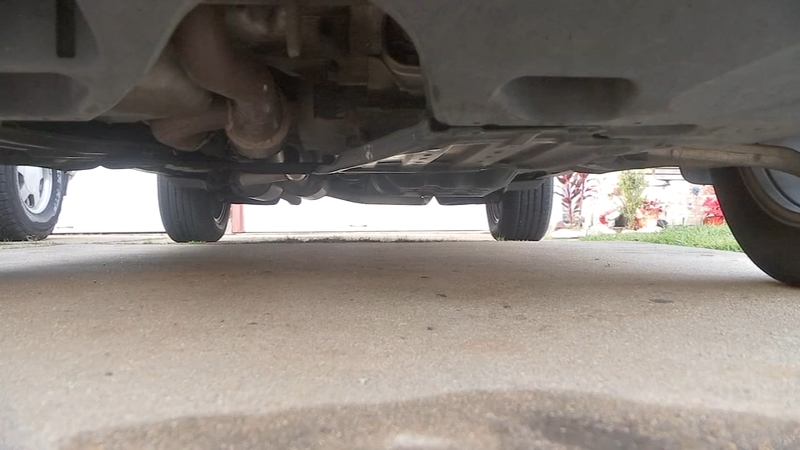 "It makes me angry because most of us, we work so hard to get what we have," said Edgar Neri.

Edgar Neri is one of the 11 reported victims METRO police are working to assist. His catalytic converter was stolen Monday when he left his car parked inside the Park and Ride lot while he was at work downtown.

"Unfortunately, I was not the only one," he said.

By the time Edgar Neri arrived back to the lot on Monday, he said METRO police were already there taking reports from a line of drivers who were also victimized.

"Just like a little kid in a candy store they knew, they'd probably been scoping it out," said his wife, Maria Neri, who believes the crooks knew when to strike without getting caught.

"The buses run until about 9 a.m. So they have a big window from 9 a.m. and (buses) don't start running around to the Park and Ride until after 1 p.m."

"It's getting worse," said Clifford Stout, a tow truck driver with League City Towing who came to pick up the Edgar Neri's Acura SUV.

METRO police said it is increasing security measures at the lot in an effort to discourage criminal activity.

ABC13 asked for a copy of the surveillance video from the lot at Fuqua, but METRO police said the video is currently part of the investigation and unable to be shared.

In 3 minutes, a catalytic converter was stolen from man's west Houston driveway