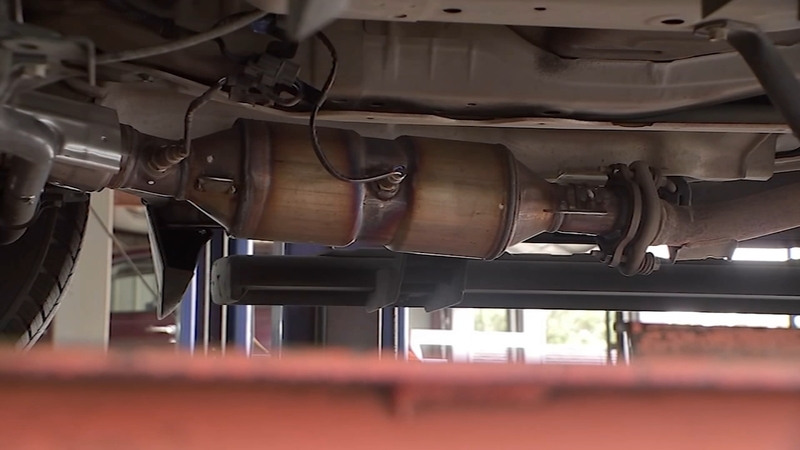 According to the Harris County Sheriff's Office, one of those officers was injured.

At about 10:30 p.m., the officers were at the ShowBiz Cinemas at Wilson and North Beltway, deputies said.

A customer told the off-duty officers that people attempted to steal a catalytic converter from a Toyota tundra in the parking lot. When the officers tried confronting the three suspects, they were already getting back into their vehicle, investigators said.

According to deputies, the officers ordered the three men to get out of their car. The driver took off and almost ran over the officers. The officers then opened fire and shot at the vehicle multiple times.

One of the officers was struck by a bullet in the leg and was transported to a nearby hospital. He is expected to be OK.

Homicide and Crime Scene Unit investigators say they responded to the scene.

Thieves can steal catalytic converters in a matter of minutes.

In 2021, we saw a 400% increase in catalytic converter thefts. In 2022, inflation has caused the converters and metal in them to become even more valuable.

Thieves can get as much as $1,600 by re-selling a catalytic converter on the black market, according to International Association of Auto Theft Investigators.