Francisco Lupian is charged with unlawful possession of a firearm by a felon after the shooting in west Harris County.
KTRK
By Miya Shay 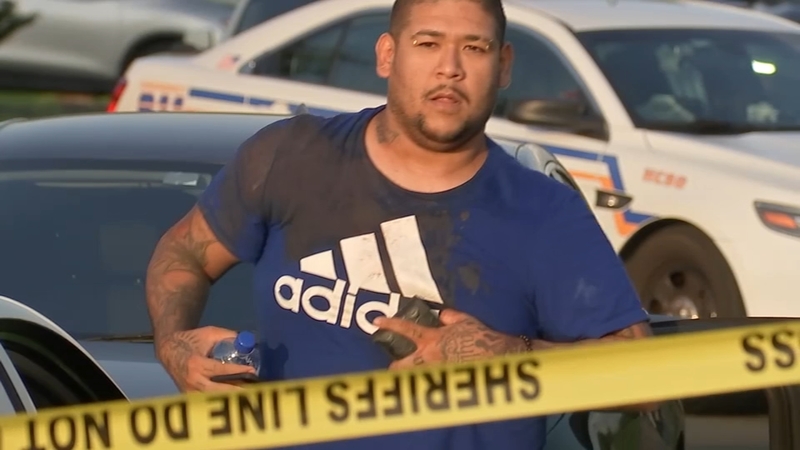 9-year-old shown how to pull back slide before brother shot, docs say

KATY, Texas (KTRK) -- The 9-year-old who deputies say shot his 4-year-old brother in the head may have known how to use the firearm from his uncle, who now faces a gun possession charge.

ORIGINAL STORY: Gun laying around the house handled by 9-year-old when it went off and hit 4-year-old, HCSO says

The sheriff's office said Lupian was visiting family at the home on Guston Hall Lane in west Harris County when the shooting took place. Family members took the child victim to Memorial Hermann Katy, where he was then flown to a hospital in the Texas Medical Center.

Update to scene on Guston Hall: the child’s uncle, identified as Francisco Lupian (6-5-89), was arrested & charged with Possession of a Firearm by a Convicted Felon. Incident remains under investigation #HouNews https://t.co/d6wsgdyaaq pic.twitter.com/wJo6BC1mWf

In a motion for bail document, Lupian is accused of leaving an unsecured firearm out.

"Defendant's nephew, who is 9 years old, pulled the slide back, pointed the firearm at his 4-year-old brother, striking him in the head," the document read.

The motion filing mentioned that Lupian taught the 9-year-old how to use a specific feature of his weapon.

"The Defendant had previously shown the 9-year-old how to pull the slide on the firearm," the document also read.

Lupian, is charged with possession of a firearm by a convicted felon, records show.

Lupian's prior charges include a 2012 felony evading charge in Colorado County, for which he was convicted and received a three-year prison sentence.

In an initial court hearing on Tuesday, a magistrate judge set the bond at $100,000 for Lupian.

The shooting marks another alleged instant where a firearm was accessible to a child. As of April 2021, 13 Investigates counted 67 Harris County cases since a Texas law went into effect in 1995.

A 13 Investigates analysis also showed that adults rarely serve time even after being found guilty.

Ted Oberg and 13 Investigates looked at the Harris County cases in which children had access to guns and whether any significant punishment came of those cases.