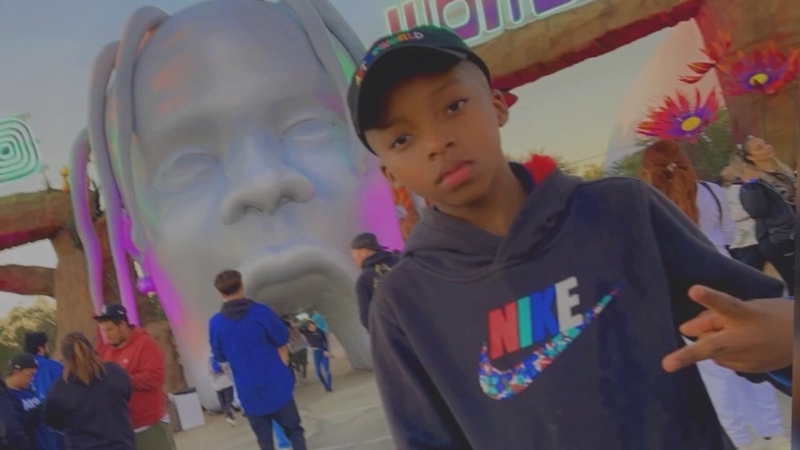 HOUSTON, Texas (KTRK) -- Tuesday was the first court hearing for the lawsuits filed in connection with the November 2021 tragedy at Astroworld Festival.

The hearing, which started at 9:30 a.m., is the first since nearly 400 lawsuits were combined into one. Now, dozens of law firms representing people at the concert are in a downtown Houston courtroom.

Some lawyers also represent families of the 10 victims who were killed on Nov. 5, 2021. The tragedy also left hundreds injured.

Lawyers told ABC13 that this is the start of the process to determine which law firm will be the lead plaintiff in the case, meaning rather than dozens of lawyers from different firms, a handful of attorneys will handle the litigation.

The hearing was all about getting everyone on the same page ahead of this marathon of a case.

"This is a highly emotional case. People lost their lives, and this is a case that could go on for several years. We don't have a specific timeline, but I would anticipate it could be two or three years of litigation," explained Jacqueline Miller, a visiting professor at Texas Southern University's Thurgood Marshall School of Law.

This also comes after Judge Kristen Hawkins issued a gag order over publicity concerns in the case.

"This case should be tried in the courtroom and not on social media or press releases to the media," Hawkins told lawyers.

She added that she prefers "arguments are made to the court, and when appropriate, to the jury and not before. There should not be an attempt to influence the jury in this case. We know this is an emotional case."

However, the order could make it harder to bring public information on what's happening as the lawsuit moves through the system, especially as it severely limits what attorneys and clients can publicly share.

Legal analyst Steve Shellist says he believes many of these cases will not have to go to a jury trial, but resolutions will not come quickly.

It won't be easy to resolve this quickly. Eventually, it will probably get resolved, without the need for jury trials, at least for many of these cases, but it's going to be a long time before we see that, explained Shellist.

ABC13 spoke to an attorney in January who explained gag orders happen more often in high-profile criminal cases because those often go to trial, and you want a fair jury pool.

Very few civil cases go to trial since many are settled out of court and far from public view, said Stan Schneider, a long-time criminal attorney with no interest in any of the Astroworld civil cases.

Hawkins, who is also serving as the pre-trial judge, gave these reasons for the order:


In this case, Hawkins issued the gag order on her own. Neither plaintiffs nor defense attorneys asked for it.

But as South Texas College of Law Professor Kenneth Williams told ABC13's Miya Shay, the judge is within her rights to issue the order.

"Generally, the parties have a right to speak, that includes the litigants. But, the court also can balance that, with the need to provide a fair trial to both parties," Williams said.

"Astroworld Aftermath" takes you inside the festival and what happened that night.
EMBED More News Videos