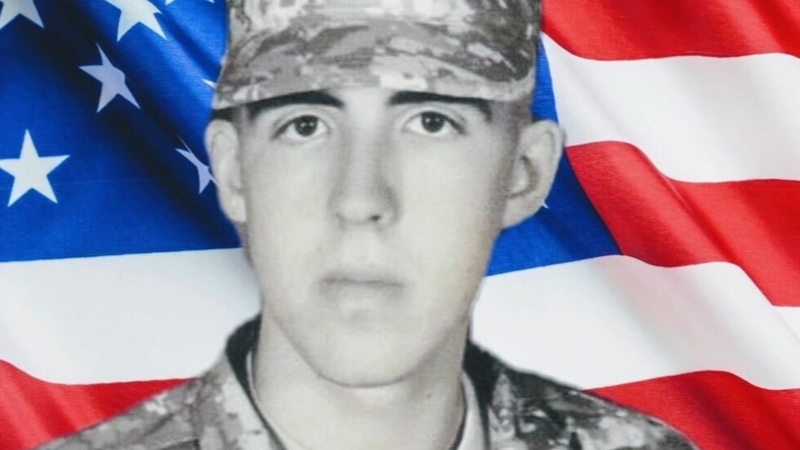 Family of fallen soldier wants him buried with military honors

KILLEEN, Texas (KTRK) -- The wife of a Fort Hood soldier found dead in Killeen was arrested on Thursday on possible animal cruelty charges.

According to Fort Hood officials, Penny Morales, the wife of Gregory Morales, whose remains were found last month, was arrested at her on-post home.

Police were sent to the home at around 10 a.m. after getting a phone call about potential animal cruelty. She was taken into custody shortly after.

Fort Hood officials said there is no indication the arrest was related to the death investigation of Morales.

Morales' disappearance remains under investigation by the Killeen Police Department. He was reported missing on Aug. 20.

His mother, Kim Wedel, said he was set to start his discharge paperwork the following day. Ten months later, law enforcement found remains about five miles from Fort Hood that they determined to be his.

There is no known tie between the two cases.

Skeletal remains of a body were found near Fort Hood and belong to one of two missing soldiers.

Originally, his status was listed with the military as a deserter, which prevented him from a burial with military honors.

Earlier on Thursday, more than two weeks after the family of Morales called on the Army to allow their son to be buried with military honors, their wish was granted.

A father describes his heart wrenching pain of working tirelessly to help find his son's killer.