Hours of preparation for Romney ahead of debate

The Republican presidential nominee has spent at least eight days over the past month getting ready for the three debates against President Barack Obama. He's holed up for hours on end with briefing books, top aides and his sparring partner, Ohio Republican Sen. Rob Portman, often at the expense of campaigning.

Romney began intense sessions Sept. 4 at an adviser's home in Vermont. Those ran for three days and drew the campaign's entire top echelon to a remote resort in the mountains. A few weeks later, top aides flew to Los Angeles for more practice. Romney has held debate practice at his Boston headquarters, and he spent part of last weekend at the Back Bay Events Center, where the auditorium holds 1,100 people.

The reasons are clear: The stakes are enormous given that Romney trails the president in surveys in key states and national polls favor Obama in a close race, and the debates are one of the Republican's final opportunities to shift the dynamics of the race. Millions of people are likely to watch the debate at the University of Denver, as well as two more slated later this month in New York and Florida. And Romney is looking to use the forums to put Obama on his heels in the homestretch.

As Romney has prepared for the first matchup, one question has loomed over the others among both advisers and observers: Will he provoke Obama or will Obama provoke him?

To varying degrees, each candidate has the same objective: to keep from looking defensive when he feels he's being unfairly or inaccurately criticized, while trying to get under his opponent's skin.

"The challenge that I'll have in the debate is that the president tends to, how shall I say it, to say things that aren't true," Romney told ABC News recently. "I've looked at prior debates. And in that kind of case, it's difficult to say, `Well, am I going to spend my time correcting things that aren't quite accurate? Or am I going to spend my time talking about the things I want to talk about?"'

To guard against his trouble spot, Romney's sparring partner -- Portman -- has spent hours carefully weaving personal jibes into his answers during mock debate sessions in which longtime Romney adviser Peter Flaherty stood in for moderator Jim Lehrer. During each session, a group of top advisers -- including campaign manager Matt Rhoades, longtime aides Beth Myers and Eric Fehrnstrom and top strategist Stuart Stevens -- have dissected his answers and his body language -- and looked for ways to make him stronger.

Both campaigns have been working to lower expectations.

Romney's team has argued that Obama is a gifted speaker who has participated in general election presidential debates before, while Romney will engage in his first presidential fall matchup. Romney aides overlook the fact that he has a wealth of other debating experience, given that he participated in 19 primary debates during 2011 and 2012 -- more than 30 hours of time onstage with as many as 7 other candidates at a time -- and roughly the same number during the 2008 GOP primary race.

Romney typically emerged from those debates, usually 90 minutes with multiple opponents, as the clear leader. His performance in Jacksonville, Fla., helped seal his primary win there over former House Speaker Newt Gingrich -- though Gingrich had challenged him in an earlier debate in Tampa.

Romney rarely, however, has gone one-on-one against a political opponent, a format that leaves little time for contemplation in between answers to questions.

He did square off against a single rival in 1994 when he ran against Sen. Edward M. Kennedy. Those performances seemed to help the Democrat, who at one point offered this memorable line: "My opponent is multiple choice." It was a reference to Romney shifting his position on various issues. Democrats played the clip at the Democratic National Convention this year.

As part of his preparation, Romney has spent time watching video of Obama debating Democratic primary rival Hillary Rodham Clinton in 2008, including his cool retort to his opponent: "You're likable enough, Hillary." Romney advisers say the exchange shows Obama's occasional tendency to come across as imperious or removed from everyday concerns when he's questioned or criticized.

That happened during a primary debate in Las Vegas, when Texas Gov. Rick Perry accused him of hiring illegal immigrants.

Perry got to him again in another later debate where he challenged Romney on health care, with Romney playing into stereotypes of being wealthy and out of touch.

It was a mistake, a rarity for a candidate who otherwise turned in solid performances and who is looking to do so again Wednesday. 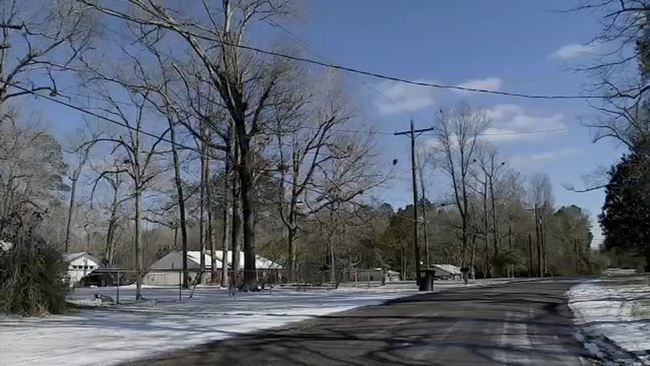