ktrk
By ABC13
HOUSTON The Kroger workers were taken outside the store on Highway 6 near Bissonnet. Two weeks ago, in the same parking lot, there was another carjacking that left two victims dead. That suspect is still at large. In this case, though, the outcome is far different, with two people in jail.

A surveillance camera caught the end of a carjacking and abduction that backfired on the two suspects. A person seen in video with the gun is one of the victims, who actually took the gun from his captor.

The attack happened late Saturday night, when two Kroger employees, both teenage males, walked to their car after their work shift. Two suspects confronted them at gunpoint and told them to drive to an ATM.

Fort Bend County Sheriff's Department Spokesperson Terriann Carlson said, "When they pulled into that parking lot to withdraw money, one of the victims took that opportunity to flee. Then they ordered the second victim to go to a nearby service station."

At that service station, the victim ran his car into a tree, then grabbed his abductor's gun after the collision. He sought sanctuary in the store. At first the clerk wouldn't let him in, because of the gun. He showed some identification, and when the door opened, he gave the gun to the clerk. But as another customer is allowed in, the suspect came into the store as well.

"He came in the store," said store owner Anuch Shah. "He made them run around in the store for, like, five seconds. Then, as soon as my employee called the cops, they ran off toward the other side. But they got caught, I heard. That's a good thing."

While enroute to the scene, deputies located the two suspects walking on Highway 6 towards Beechnut. The suspects, both positively identified by the victims, were taken into custody without incident.

One suspect has been identified as Juan Serrano, 18, of Houston. Serrano is charged with aggravated robbery, aggravated kidnapping and possession of a controlled substance. The second suspect was identified as a juvenile and was transported to the Fort Bend County Juvenile Detention Center. 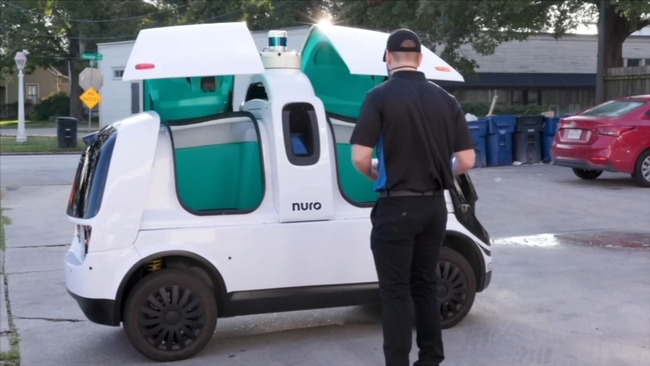