EMT inside hijacked Houston FD ambulance hailed as a hero 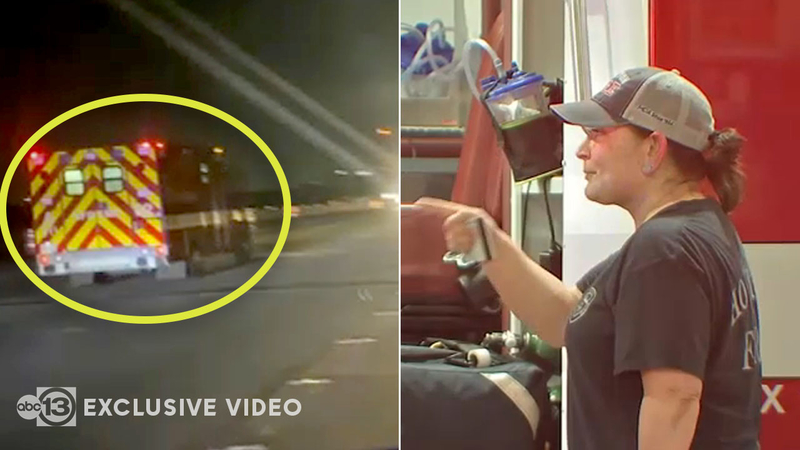 EMT inside hijacked Houston FD ambulance hailed as a hero

HOUSTON, Texas (KTRK) -- An armed man was able to force a Houston Fire Department ambulance off the road on Friday before hijacking it and fleeing police with two people inside, according to investigators.

It all began around 2:30 a.m. when a 16-year-old girl was hit by a car as she crossed Fairdale Street near Chimney Rock. The car took off and firefighters from Station 2 arrived at the scene to get the girl to the hospital.

The drive was fairly normal until they approached the South Loop and Beechnut around 3 a.m.

Houston Fire Chief Sam Peña said Brandon Warren somehow pulled his car in front of the ambulance, got out, and fired several shots on the highway.

He then forced the firefighter driving the ambulance out of the vehicle, jumped in and sped away.

"Can anybody hear me? I repeat. I'm the guy driving the ambulance." That's the voice of the man who pulled a gun on a Houston EMT and forced him out of the ambulance before taking 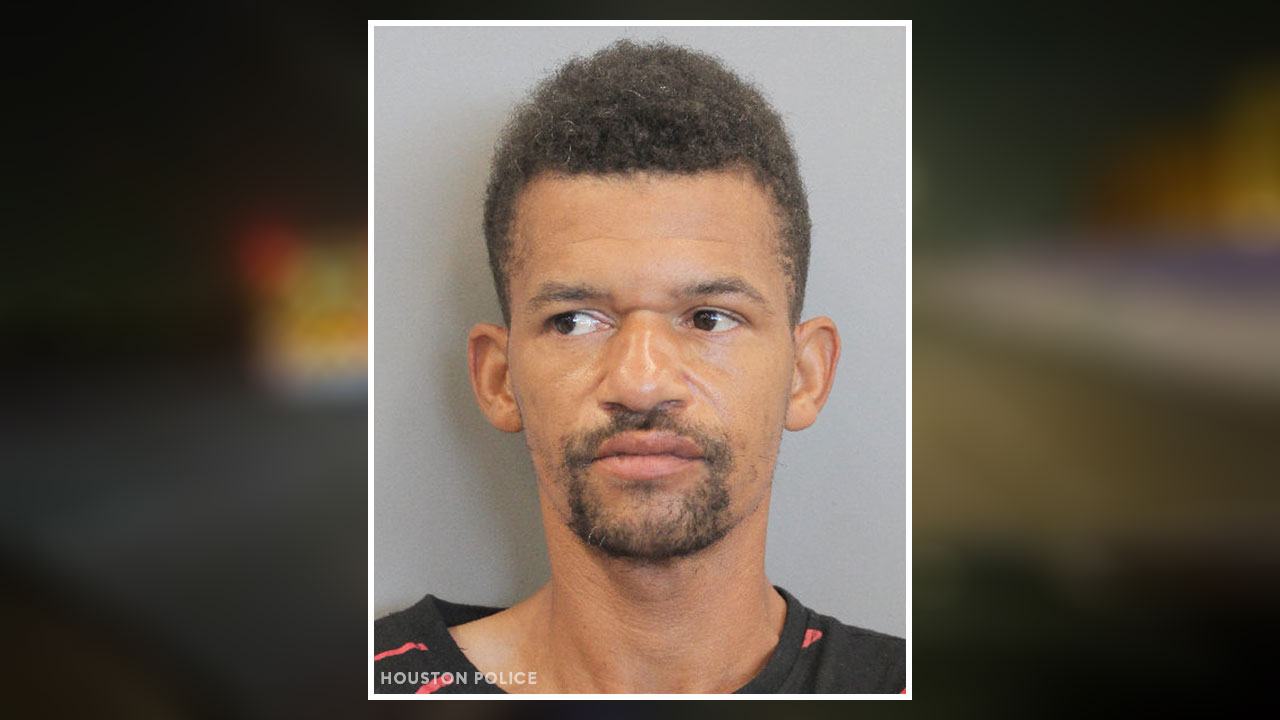 Houston police provided the booking photo of 43-year-old Brandon Warren, who is accused of hijacking an ambulance with a patient and EMT inside.

As the ambulance made its way onto Highway 288 and the Southwest Freeway, the EMT, who was attending to the patient in the back, realized something was wrong and checked on the driver.

That's when she found out Warren had hijacked the ambulance, police said.

Warren reportedly threatened the EMT with the gun, but authorities said she worked to keep everyone calm during the ordeal.

"She de-escalated the incident by essentially not panicking," Peña said. "She remained calm throughout the incident."

The EMT alerted dispatchers who were able to track the ambulance as HPD responded.

Officers pursued the ambulance across southeast Houston before the driver headed west and made his way into the southwestern part of the city.

STOLEN AMBULANCE: The man slumped over in this video is accused of stealing an ambulance with a patient & EMT in the back as they were trying to get to the hospital.

This man allegedly pulled a gun and fired shots at passing cars. So scary for all in the ambulance and drivers!! pic.twitter.com/MOdNXzQXXy

Houston police were able to force Warren to stop the ambulance on Southwest Freeway at Weslayan before he gave up. Officers took him into custody on the freeway.

No one was harmed, and the girl onboard was able to be moved to another ambulance before finally being taken to the hospital. Investigators believe Warren was clearly incapacitated.

Court records show he had two arrests in Harris County before this incident.

He was last charged with evading arrest 15 years ago and served 44 days in jail. The only other incident was an arrest for possessing marijuana 11 years ago. He is now facing multiple felony charges.

A wild police chase overnight involved an armed man who'd taken control of the HFD ambulance after forcing the driver out, authorities said.

It's important to note that while Warren is under arrest, the driver that hit the 16-year-old is still out there somewhere. That hit-and-run started the bizarre chain of events.

Meanwhile, both firefighters involved in the incident are being hailed as heroes.

The engineer operator of the unit at the time of the theft is an 18-year veteran of the department. The EMT who was inside the unit as it was hijacked has had at least 10 years of service with HFD.

Later, Friday afternoon, Peña expressed being grateful that the innocent people involved in the incident were not hurt. He said in a statement:

"Above all else, I am thankful that our firefighters and the patient involved in this incident are safe and unharmed.

The brazen nature of this attack on our firefighters is deeply concerning, and an overarching message should be clear that attacks on our first responders will not be tolerated.

We have afforded every Critical Incident Stress Management resource to our firefighters and will wait for feedback from our staff psychologist before we allow official access to these employees.

We thank the Houston Police Department for their quick assistance and thank all men and women of the HFD and HPD for the incredible work they do each day."