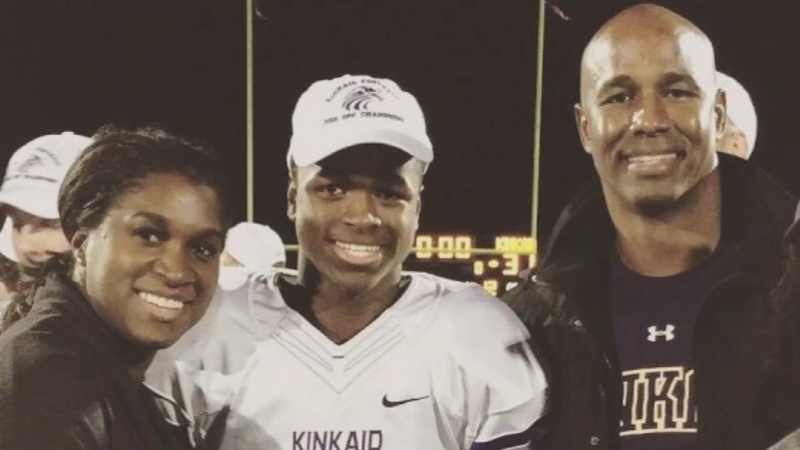 HOUSTON, Texas (KTRK) -- Prosecutors trying the capital murder case against A.J. Armstrong have filed a motion to clarify the need for a hearing about evidence that's scheduled for Friday morning.

It is latest twist in the case against the now-21-year-old accused of killing his parents.

Rick DeToto, Armstrong's defense attorney, was preparing for that hearing.

"The state filed a motion claiming they don't know what the purpose of the hearing was, so we're going to litigate that [Friday],'" he said.

Armstrong's first trial ended in a mistrial in April 2019.

AJ Armstrong talks for the first time about what it's liked to be called a killer who destroyed his family.

In January 2020, the Friday before Armstrong's second trial was to start, the defense attorneys say they learned 22 pieces of evidence were missing. The Harris County District Attorney's Office said it was mistaken for trash and thrown out. DeToto said he hopes Friday's hearing will give him clarity moving forward.

"We're just trying to find out what evidence is missing," DeToto said.

In the motion filed with the Harris County District Clerk, prosecutors also questioned the urgency for having a hearing.

"Additionally, the state notes there does not appear to be a necessity for a Friday hearing given defense counsel DeToto's February 10, 2021 extensive interview with the Houston Chronicle in which he expresses a lack of urgency in holding a trial."

Armstrong's second trial, now scheduled for April, is among the thousands of cases pending in the court system.

In December, 13 Investigates reported the overall backlog of criminal cases in Harris County District Courts was 47,224.

Victims and their families are getting no resolution, and defendants are waiting too.

"You had the double whammy. [Hurricane] Harvey, which backed everything up for years. Then you have another year lost," explained Steven Halpert, the Juvenile Division Chief at the Harris County Public Defender's Office. "So, you've got about four years lost now. Trials, working cases, moving cases, it hasn't benefitted anyone."

Hearings have been held virtually. Jury selection for the small number of trials, that have moved forward, is socially spaced at NRG. Courts are still trying to adapt.

Armstrong was 16 when his parents were murdered. He became a father a few months ago to a baby boy.