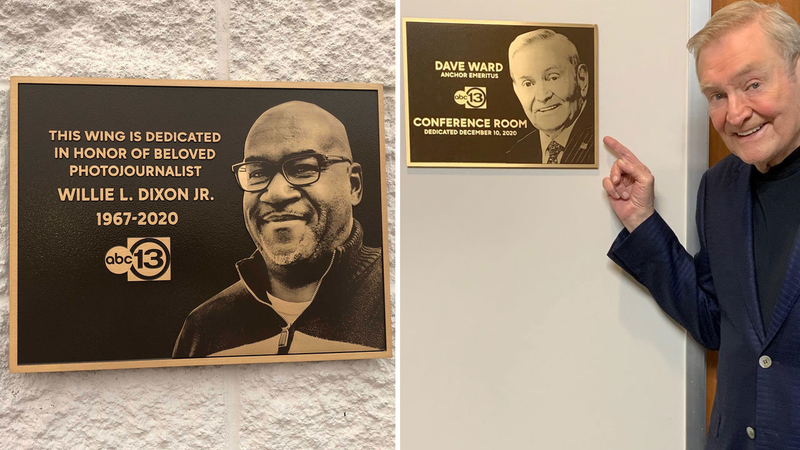 HOUSTON, Texas (KTRK) -- Two ABC13 legends will now forever be part of the building structure after receiving dedications in their honor.

Former ABC13 photojournalist Willie Dixon was honored as staff members continue to mourn his bitter and sudden death in April.

His laugh, his spirit and his passion for storytelling are some of the dearest memories our ABC13 family will cherish forever.

An entire wing was dedicated and named after Dixon, who remarkably changed so many people's lives throughout the Houston area. His wife and daughter were present at the dedication ceremony.

Living legend Dave Ward was also honored during the ceremonies.

ABC13's general manager, Wendy Granato, revealed a conference room named after the anchor emeritus who worked for Channel 13 for over 50 years. Ward went into the station to receive his honor in-person.

In June 2016, Ward was recognized by the Guinness Book of World Records as the longest running local TV news anchor in the world at the same station in the same market.

Dave Ward announces he will leave abc13 in December.