KTRK
HOUSTON (KTRK) -- Veteran ABC13 News anchor Dave Ward, who will soon celebrate 50 years at ABC13 and was recently recognized by the Guinness Book of World Records for his long tenure at the station, has announced he will leave KTRK by the end of the year.

After a record-setting 50-year career at KTRK, anchor Dave Ward will step down at the end of 2016.

"I am very proud of my work here at Channel 13 over the past 50 years. I will always cherish having witnessed firsthand the transformation of this great city," said Mr. Ward. "I leave Channel 13 with a lifetime's worth of memories, having reported on some of Houston's greatest moments of triumph and tragedy, including the Moon landing in 1969, the first and last space shuttle launches and many in between, and the recovery efforts following Hurricane Ike in 2008. I would like to extend my heartfelt appreciation to my loyal viewers, my friends, without whom my extensive career would not have been possible. My 50 year tenure at Channel 13 represents the hallmark of my career, and I look forward to the next chapter."

"Despite our attempts to find an ongoing role, Dave told us it is his preference to move on," said Henry Florsheim, President and General Manager of KTRK-TV. "Dave has helped lead our station to the top, and provided a continuity and consistency to our newscasts. It is fitting that he remains a part of Houston's most-watched 6:00 p.m. team. He will leave us at a time when we are well positioned to maintain our market leadership and compete in this very rapidly changing news environment."

After a record-setting 50-year career at KTRK, anchor Dave Ward will step down at the end of 2016.

"Dave has mentored multiple generations of journalists in the importance of accuracy and fairness," said ABC 13 News Director Wendy Granato. "He is a true local legend. We want to thank him for his many years of hard work and dedication to the Eyewitness News family and the Houston community."

Mr. Ward will celebrate his 50th anniversary on November 9 of this year. The next day a first-in-the-nation Crime Stoppers Headquarters named for him will be opened in Houston. The new facility will be the cornerstone of Houston's first Public Safety and Crime Prevention Block. 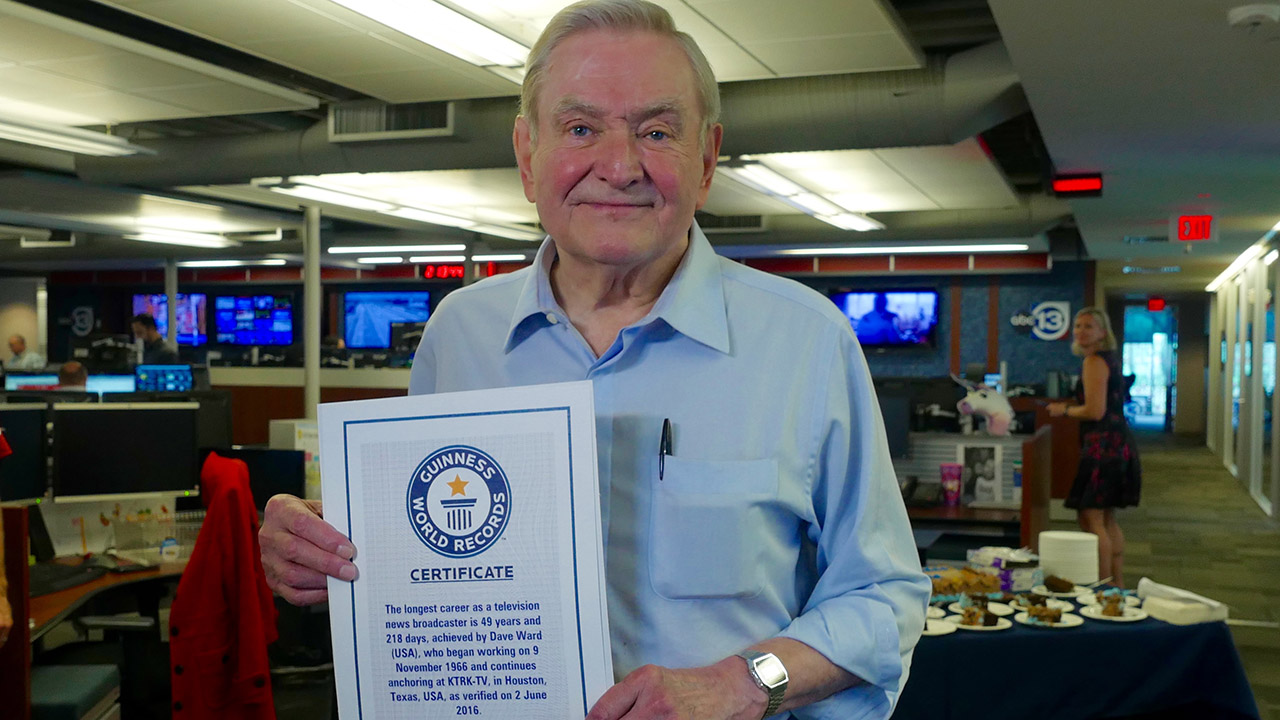 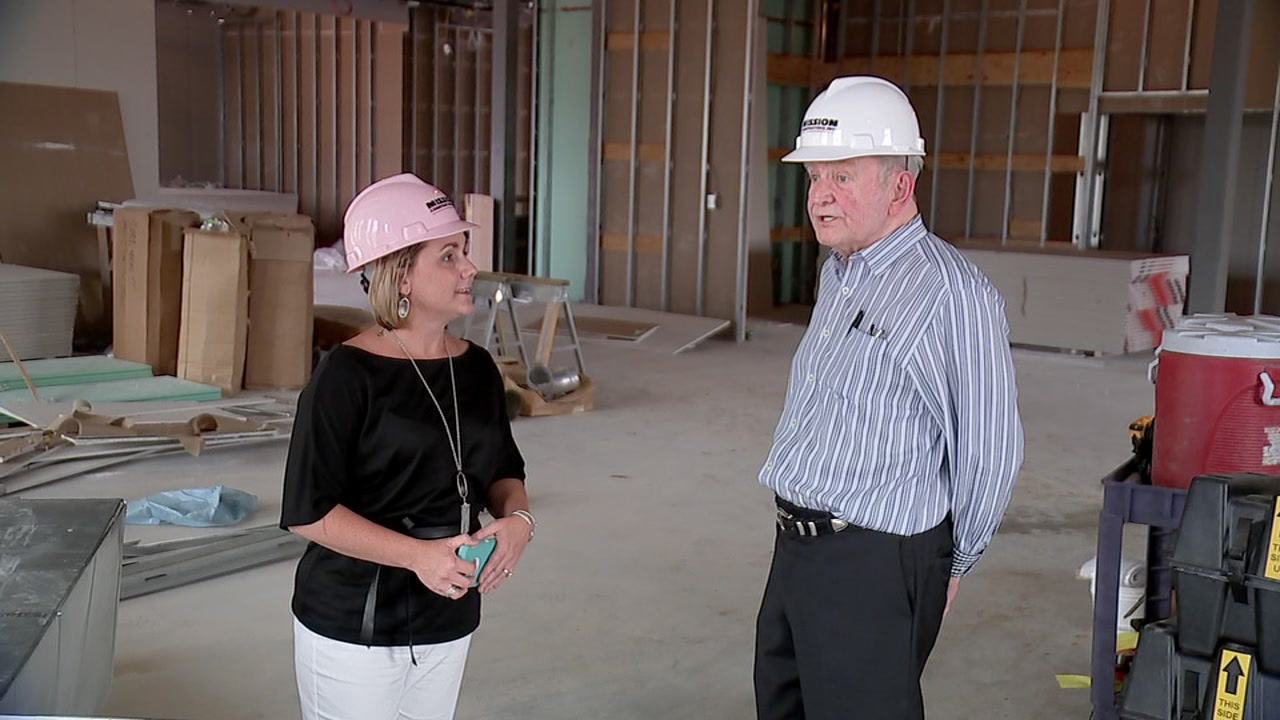 Getting the facts right, consistently -- that's what defines Dave Ward. A true Texas original, Dave has made his mark as one of the nation's most respected news anchors for more than four decades. In his trademark down-to-earth style, he begins every newscast with "Good evening, friends," and has for 50 years. It is that candor and dedication to getting every side of the story that's helped him become the most trusted newsman in Houston.

Dave joined KTRK-TV in 1966 as an on-the-street reporter/photographer. In 1967, he was assigned to anchor Channel 13's weekday 7am newscast. Later that year, he also became the first host of KTRK's "Dialing for Dollars." In 1968, Dave was assigned to anchor the weekday 6pm and 10pm newscasts where he remains as one Houston's most experienced news professionals.
Born in Dallas and raised in Huntsville, Dave began his broadcast radio career with KGKB in Tyler. Three years later, he moved to Waco, Texas and WACO radio, and then to Houston and KNUZ/KQUE radio. He started out as a reporter known for his grit and determination. Dave worked every angle of the story from the police beat to tropical storms. "I like that -- that I can get out on the streets, talk to the people -- see what they're thinking."

During his career with 13 Eyewitness News, Dave has reported on everything from presidential elections to space walks, and even the Vietnam Peace Talks. He's covered fires, explosions, earthquakes, flood and hurricanes throughout Texas and the southern states. He's interviewed heads of state and traveled to Mexico, Guatemala, Honduras, Panama, Nicaragua and Colombia on numerous stories. He's also covered several national political conventions and worked extensively with NASA on Mercury, Gemini, Apollo and shuttle missions. Dave also landed a special one-on-one interview with President Barack Obama, discussing topics from the presidential campaign to oil and gas drilling in the Gulf of Mexico.

Dave has taken an active role in the establishment of the Houston Crime Stoppers program, which has become the model of excellence for similar programs across the nation. He's also taken a lead in Houston's community affairs, serving as the President of the local Easter Seals Society, chairing the Public Affairs Advisory Board of the Houston Business Council, and working with the American Cancer Society. In addition, Dave has served as a member of the Leukemia Society Board of Directors and Board Member of Houston Press Club. He's also an original contributor to the Houston Police Foundation and has served on their Board of Directors.

In 2007, Dave was awarded an Emmy for his exceptional work on an ABC 13 Special entitled, "Steve Tyrell: A Houston Standard." Then in 2011, Dave received the prestigious Lifetime Achievement Award in Broadcast Emmys presented by the Lone Star Chapter of the National Academy of Television Arts and Sciences.

In June 2016, Dave was recognized by the Guinness Book of World Records as the longest running local TV news anchor in the world at the same station in the same market.
The entry into the record book reads: "The longest career as a television news broadcaster is 49 years and 218 days, achieved by Dave Ward (USA), who began working on 9 November 1966 and continues anchoring at KTRK-TV, in Houston, Texas, USA, as verified on 2 June 2016."
Related topics:
houstonabc13eyewitness news
Copyright © 2020 KTRK-TV. All Rights Reserved.
RELATED 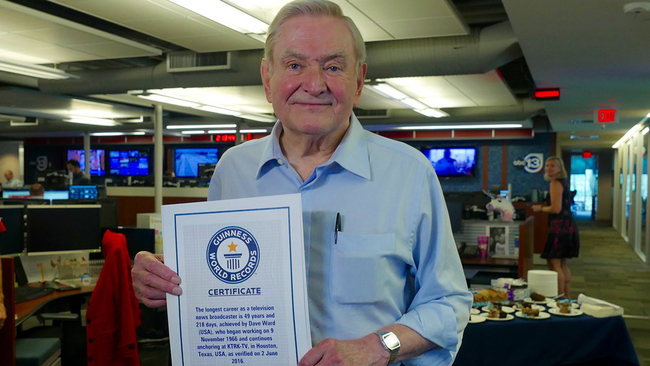 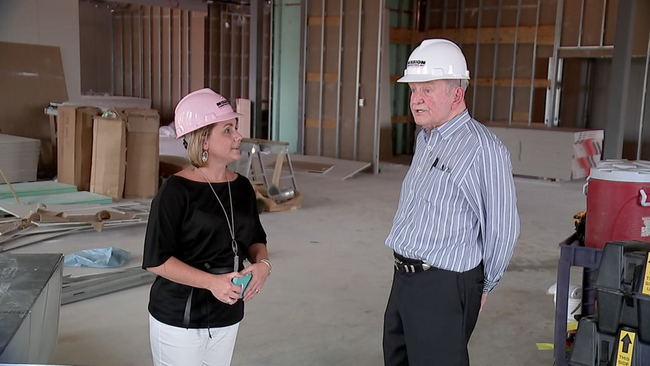