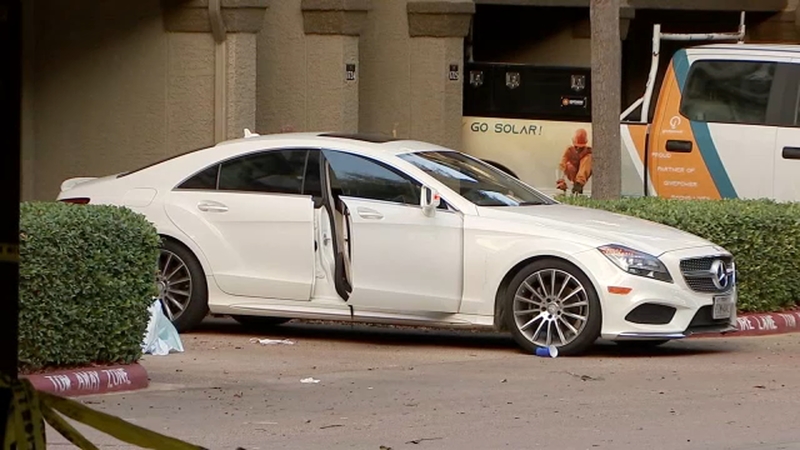 HOUSTON, Texas (KTRK) -- A young boy who was critically wounded in a shooting earlier this week in west Houston has died of his injuries.

Dominic Sumicek, age 11, was shot in an apartment complex parking lot on Old Farm Road at about 4:30 p.m. Monday.

The 41-year-old man with Dominic was fatally shot while trying to shield the boy from gunfire, multiple neighbors and the victim's ex told ABC13.

Police have not publicly released the man's name. However, the victim's ex-girlfriend has identified him to ABC13 as Emanuel Solomon, who was a rapper on YouTube called "Montana22."

Despite the man's efforts to protect the child, the 11-year-old was still mortally wounded. Dominic was pronounced dead at a hospital on Wednesday.

Solomon's ex said he lived at the complex with his girlfriend and her son, Dominic.

Despite the anxiety caused by the shooting, neighbors recalled a happier time with Dominic when they built him a bicycle. Neighbors said they cheered the boy on when he started riding it.

Police have not made any arrests and have only described the suspects as three Black males.

Police are reviewing home surveillance camera footage that may help them in the investigation. Anyone with information in this case is urged to contact the HPD Homicide Division at 713-308-8800 or Crime Stoppers at 713-222-TIPS.

According to family, Solomon leaves behind three children.

FAMILY LEFT HEARTBROKEN: In the video above, ABC13's Jessica Willey spoke with the victim's family on what led up to the horrific tragedy.