Two 17-year-old girls were among the three teenagers whose bodies were found Tuesday.
KTRK 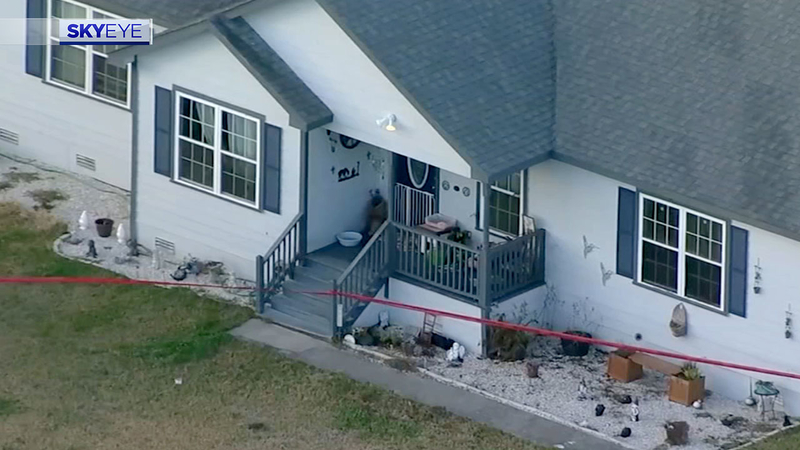 CROSBY, Texas (KTRK) -- Investigators looking into the deaths of three teenagers found in a Crosby home now have new information that supports suspicions that a double murder-suicide took place.

On Thursday, the Harris County Sheriff's Office identified the three people whose bodies were found Tuesday afternoon as Hayden Burns, 15; Haley Burns, 17; and Kadience Cadena, 17. Hayden and Haley are siblings.

Deputies also disclosed the cause of each person's death. Haley and Kadience died as a result of the murder. Hayden's cause of death was suicide. The sheriff's office believes Hayden may have shot his sister Haley and Kadience before turning the gun on himself. In the immediate aftermath, investigators said evidence at the scene led them to believe one firearm was used in all three deaths.

The three teens' bodies were found by a family member, in different parts of the farm-style home in the 4500 block of Wolcek Road, deputies say.

While not much more information on the victims was released by the sheriff's office on Thursday, Crosby ISD weighed in on the deaths, even though district officials confirmed the teens were not enrolled with them.