3 people killed after SUV crashes into pickup off Southwest Freeway 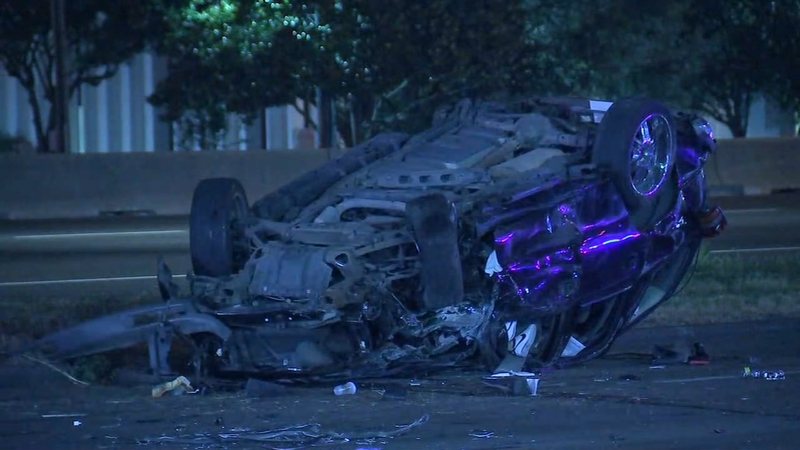 3 people killed after SUV crashes into pickup off Southwest Fwy

HOUSTON, Texas (KTRK) -- Three people are dead after an SUV crashed into a pickup off the Southwest Freeway early Sunday morning.

Police say a black SUV was speeding down the Southwest Freeway feeder road at around 1 a.m. at the same time a pickup was turning out of the intersection at Bellerive Drive.

"(The) black SUV struck the other vehicle and rolled several times, ejecting two of the occupants," said HPD Commander James Bryant. "There were three occupants in the SUV."

The driver of the SUV was killed instantly.

The two passengers ejected were taken to a hospital. Police say one of them died on the way and the third died at the hospital

Police say the driver of the pickup wasn't hurt and say alcohol did not appear to be a factor in their case.