HOUSTON, Texas (KTRK) -- Even as Houston longs for a sense of normalcy after the last two years of the COVID-19 pandemic, Amy Smith is under no illusions.

"Things in Houston haven't been normal since 2017, when Hurricane Harvey hit."

Five years later, Smith sees the deadly rash of domestic violence cases in the county and statewide as a consequence of the storm.

"Harvey hit and then pretty much knocked out the criminal justice center downtown, where the courts were," Smith said. "That was getting fixed, everything was getting back to normal when the (COVID-19) pandemic hit, so we haven't had a normal year since 2017 and everything continues to escalate."

Thursday, ABC13's Brhe Berry gathered a panel of advocates and officials for a town hall, highlighting this dangerous trend, and to connect you with resources that can help save your life or the lives of people you love.

These numbers from the Texas Council of Family Violence are staggering: 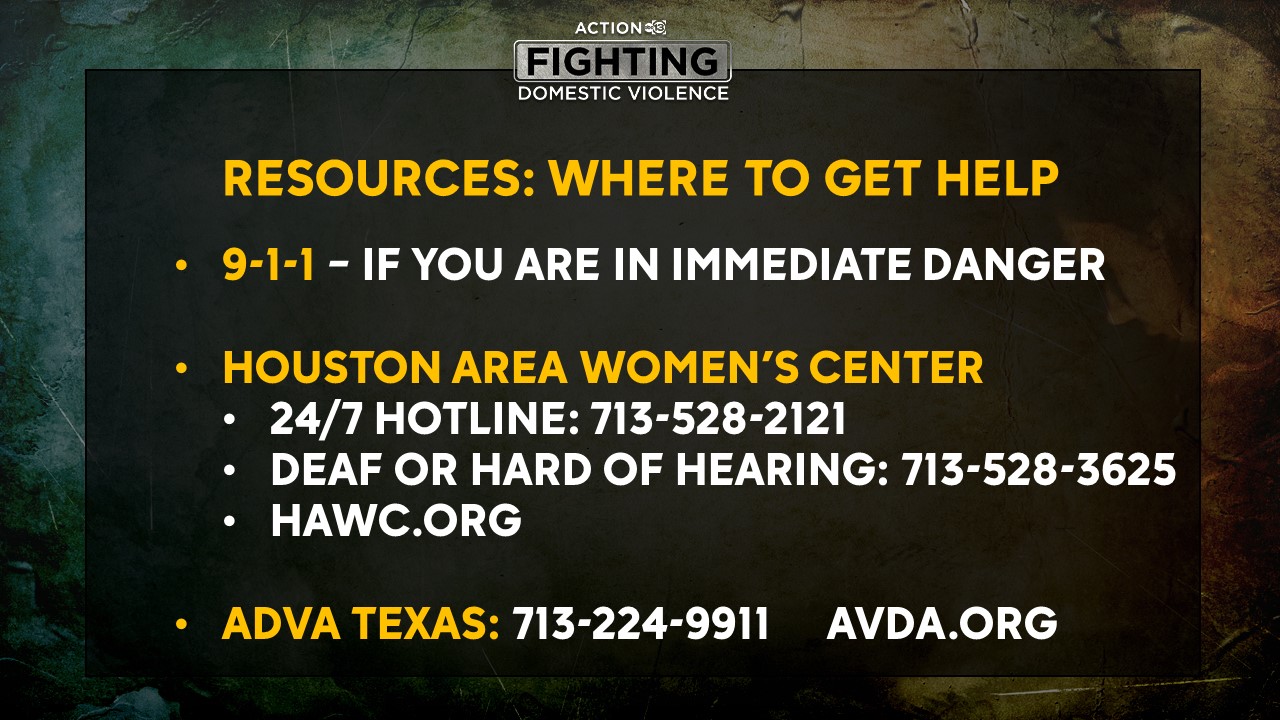 "Within the pandemic, the shadow pandemic of domestic violence came to the forefront because we were asking people to stay in your home to quarantine," HPD Lt. Kira Webster said.

"When you are normally out of the house for eight to 10 hours, and then you are literally put together, and that is all you have is one another, that's a big deal," HPD Lt. Julie Pleasant added. "And then your children are home to see that exposure."

During Thursday's town hall, the panel identified two tragic but common factors in our growing number of cases: victims not realizing the danger they are in until it's too late - or the free help available to help people in these situations.

Marissa Alexander said when her then-husband threatened to kill her in 2010 over text messages found on her phone, the mother of three attempted to scare off her would-be attacker by firing a single warning shot into a wall.

Just eight days after giving birth to the couple's only daughter, Alexander said she feared for her life, but never once suspected she was already a victim.

"I didn't even consider it to be a domestic violence situation," she said.

In a 2010 deposition, Rico Gray admitted the domestic violence episode was not the couple's first. The year prior, Gray was arrested for pushing Alexander, causing her to fall "in the bathtub and hit her head."

But this time, it was Alexander who wound up in handcuffs. Her story went national when she was ultimately charged with three counts of aggravated assault stemming from the shooting, and sentenced to 20 years in prison.

After fighting for her freedom, she was released in 2015. Today, Alexander devotes her time as a public speaker and author focused on domestic violence.

Fortunately, Smith said, Harris County and Houston benefits from having a number of resources for domestic violence victims, but could always use more. 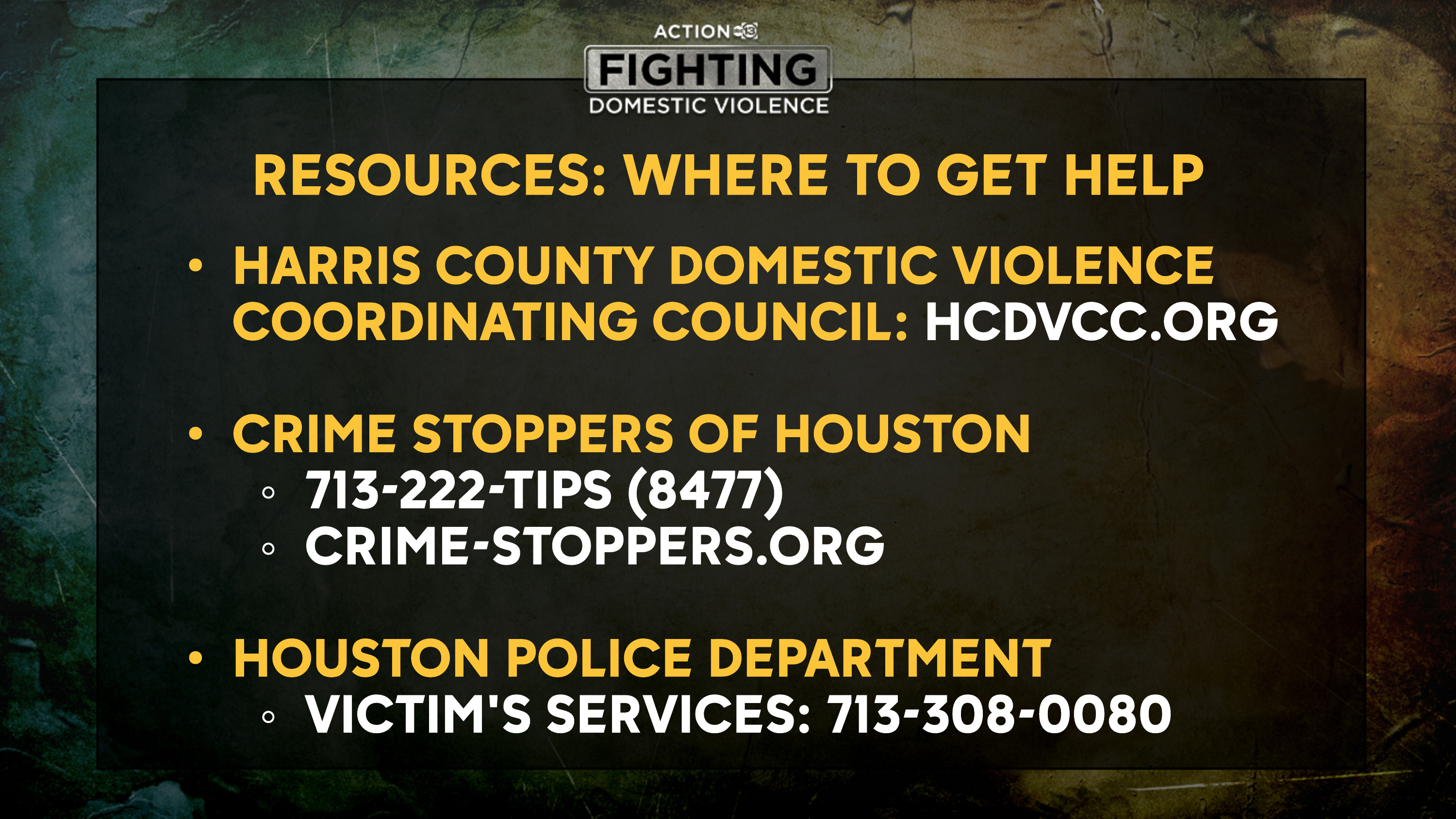