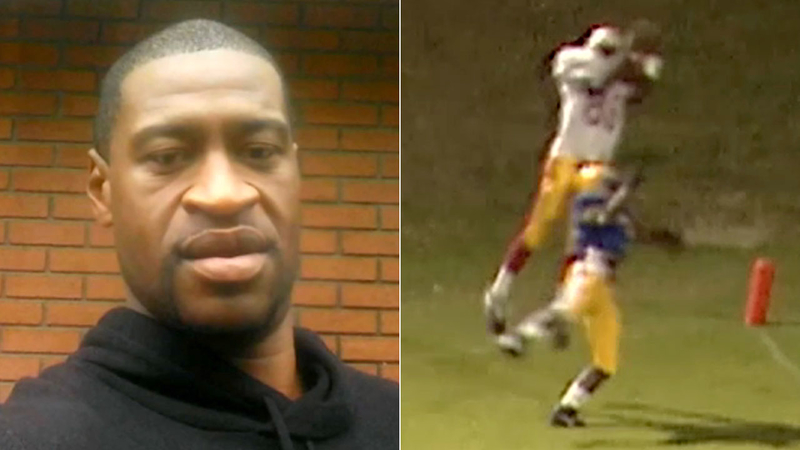 Field that George Floyd played on officially renamed in his honor

HOUSTON, Texas (KTRK) -- George Floyd's name is officially a permanent part of the Houston ISD playing field where he once rose as a football star.

Floyd, whose death in May 2020 sparked worldwide protests and a subsequent frank examination of modern race relations, graduated from Jack Yates High School in 1993.

The renaming was months in the making. According to HISD, a committee of Jack Yates students, parents, alumni and community members voted this past June to suggest the renaming.

Yates and HISD have honored Floyd several times in the aftermath of his death.

Earlier this year, in tribute to Floyd, a Black Lives Matter mural was painted in crimson and gold on Alabama Street in front of Yates. At the end of the mural is a red football jersey with a yellow "88," the number Floyd wore, along with the dates of his birth and death.

WARNING; GRAPHIC VIDEO: Bridgett Floyd called the death of her brother George "devasting" and "heartbreaking" in an interview with "Good Morning America."

Former classmates of Floyd's from Yates High School marched from MacGregor Park in the Third Ward on Saturday.

As he gets ready to go to the Army, Larry Fisher says Floyd's death has inspired him to express his opinion and add to the national conversation on justice.

The basketball team played each quarter for eight minutes and 46 seconds, which is significant to the amount of time the officer kneeled of George Floyd's neck.