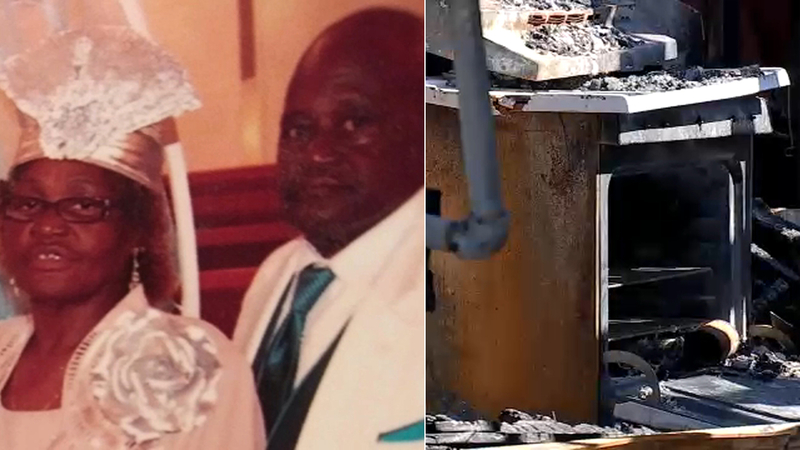 Her son, Nathan McAdams, was overwhelmed with emotion as he looked back at videos of her.

Virginia and her husband Benjamin Cooks Jr. were together for close to 40 years.

McAdams was also living at the home.

"For the last four years, five years, it's just been us, you know. My dad, this dude is wonderful," said McAdams.

Early on Feb. 15, they lost power during the winter storm.

"The only source of light they had was the stove. We called to check (on them) and talked to them and they said they was alright," said Benjamin Cooks III, the couple's son.

The next thing their sons heard was that the couple's home had caught fire. Four young men worked to rescue the 70-year-old couple.

"I went and kicked the front door down and my cousin was coming with me. When I kicked the door down, the fire came out and then when I went to the window, we started busting all the windows trying to get them out," said Darrell Colquitt, a neighbor.

"I ran to the house to try to get some fire extinguishers, but by then, it was too late," said Narabian Foreman, who also tried to rescue the couple.

McAdams, who lives at the home, wasn't there at the time.

"If God wanted me here (at the home), I would have been here. God had me wherever, but I wish I was here," said McAdams.

HFD says the cause is still under investigation.

While their lives were gone too soon, their sons say they're grateful they had loving parents along the way.

"They haven't left each other's side, and they left together, so we've got that to hold on to," said Benjamin.

The family has a fund to help with expenses.