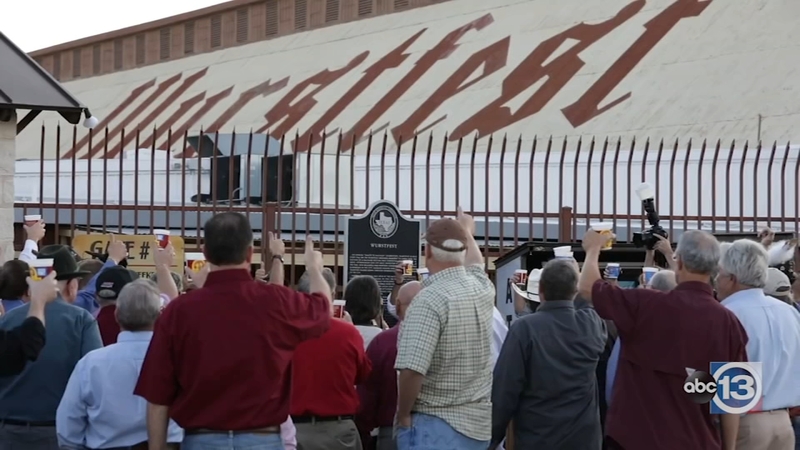 New Braunfels Wurstfest canceled for the first time in 60 years

NEW BRAUNFELS, Texas -- One of Central Texas' favorite fall traditions will not happen this year. In a July 23 statement, organizers of New Braunfels' Wurstfest announced this year's event is canceled due to "considerations related to the COVID-19 pandemic."

The Wurstfest Board of Directors met earlier this week to discuss the possibility of hosting the festive fall fete, but ultimately decided against it, they said in a release. This would have been the festival's 60th year.

"We have had our challenges in the past, including flood events and most recently a fire that destroyed the Marktplatz building. We have always overcome our challenges while making the festival better each year," said Randy Rust, 2020 Wurstfest president, in a release. "We made this decision knowing what a difficult year 2020 has been and that our guests were looking forward to Wurstfest more than ever."

SEE ALSO: Cool Spaces: A taste of Germany in Houston

Along with being a South Texas tradition, the 10-day festival is also a major fundraiser for area nonprofits, including Communities in Schools, the St. Jude's Ranch for Children, and various local rotary clubs.

"Many of them make their fundraising goals for the year during the ten days of Wurstfest and go on to use those funds to do good work that benefits our community throughout the year. That made this decision even more difficult," Rust continued, adding Wurstfest has new plans to help the nonprofits with fundraising, which will be revealed in the coming weeks.

While this is the wurst news, fans shouldn't despair. The New Braunfels fest will return November 5-14, 2021, for its 60th anniversary extravaganza. Among the highlights already planned for next year is the unveiling of the new-and-improved Marktplatz, the iconic food hall that suffered severe damage after a fire last fall.

"Wurstfest is a community tradition where families reunite, new friends are made, and people from all walks of life come to enjoy the heritage of New Braunfels," said the city's mayor, Rusty Brockman. "This community and the countless volunteers who make Wurstfest happen are resilient and will be back next year stronger than ever."