Innocent woman and wrong-way driver killed, 2 hurt in I-45 crash 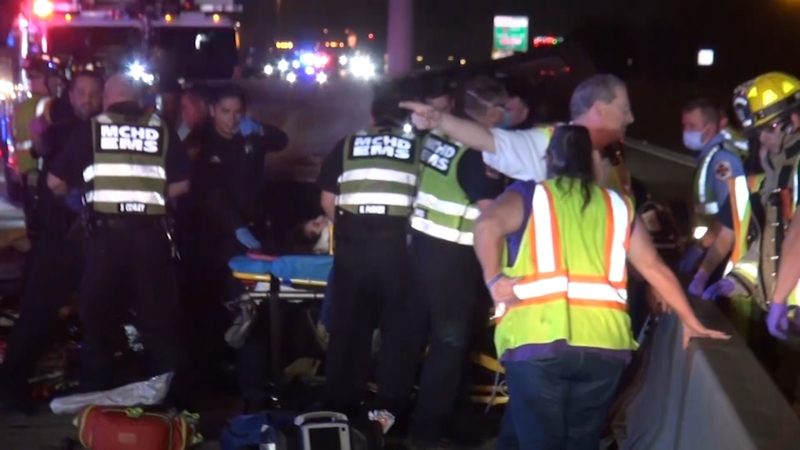 SPRING, Texas (KTRK) -- An innocent woman died early Sunday and two other people were critically hurt in a crash involving a wrong-way driver on I-45.

It happened around 2 a.m. in the northbound lanes of the freeway near Rayford Road.

Emergency dispatchers began receiving calls about a Honda that was southbound in the northbound lanes near Highway 242, authorities said.

Within minutes of searching, deputies found a head-on crash just north of Rayford Road and one of the vehicles was on fire.

The driver of the Honda, a 25-year-old woman, died at the scene.

A 22-year-old woman inside the pickup who was trapped for around 20 minutes also died at the scene. The driver and others inside were also critically hurt in the crash.

Texas DPS troopers were still looking into why the Honda driver was headed the wrong way and where she entered the freeway.