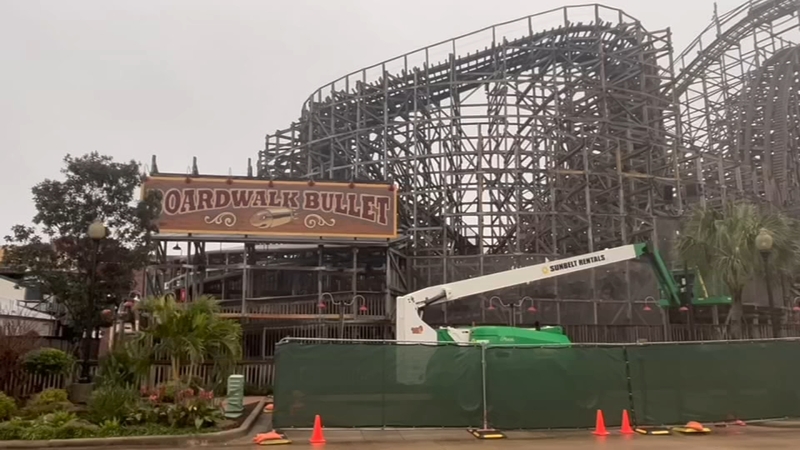 KEMAH, Texas (KTRK) -- A worker was injured when he fell from the Boardwalk Bullet roller coaster in Kemah on Monday.

Kemah Fire Chief Robert Suniga confirmed that a contract worker in his late 50s was injured. He said the worker is in critical condition.

The fall happened just after 1 p.m. Monday. Officials said the worker was about midway up the tracks of the roller coaster, performing maintenance on the ride, when he fell to a platform below.

Fire officials estimate the man fell between 35 and 50 feet.

Suniga said the man was able to talk when he was rushed to hospital.

Officials believe the worker was wearing a safety harness, but it was unclear if it was fastened to a safety line before he fell.