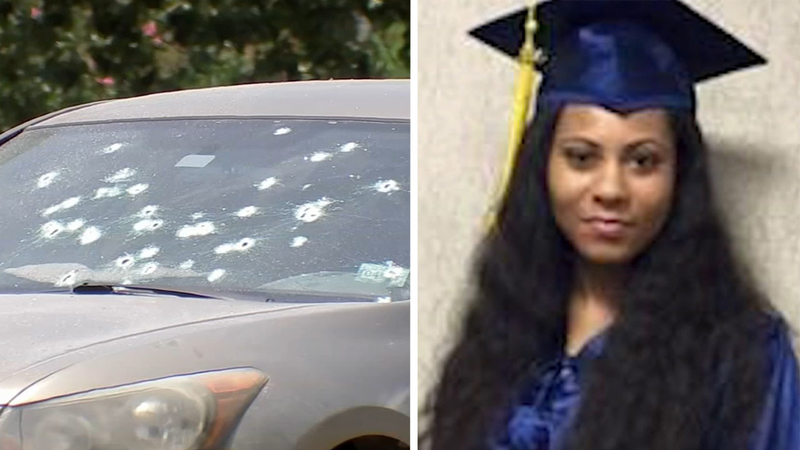 HARRIS COUNTY, Texas (KTRK) -- A mother driving home from work who was shot and killed in her garage at a home in the Katy area Tuesday morning was targeted by approximately 50 gunshots, deputies said.

Harris County sheriff's deputies responded to the home in the 18700 block of Appletree Hill Lane around 5:25 a.m.

That's where they found a 31-year-old Valeesha Duncan dead with multiple gunshot wounds in the garage.

"She was a good person. Really sweet, very kind," said Timothy Richard, a long-time friend of Duncan and the father of her son. "Something like this is crazy, it's always happening to good people."

@HCSOTexas units responded to the 18000 blk of Appletree Hill Ln. Preliminary info: an adult female has been shot multiple times and pronounced deceased. It appears she pulled up in her garage when unknown suspect(s) opened fire. Investigators are enroute. #HouNews pic.twitter.com/BBtjzXT2vk

Richard and other family members spent hours at the crime scene, hoping to get more information. Deputies said Duncan's car, which was parked in the garage, had numerous bullet holes.

"She was supposedly coming [home] from work," Major Susan Cotter said. "She works at a gentlemen's club in the Galleria area."

Neighbors were startled awake by the sound of the gunshots.

"I feel safe living here. I never worry about closing my eyes," said neighbor and block captain Rhonda Thorton, who never expected this. "We mostly have just a few things going on, maybe unlocked cars getting broken into, something getting stolen out of a garage, but other than that, nothing like this."

Deputies are investigating every lead, but do not suspect this to be a case of domestic violence. They are not even sure if Duncan was the intended target or perhaps someone else who lives at the house. They are asking for more surveillance video but said a primary investigation showed a dark-colored sedan leaving the scene.

Investigators believe there was only one shooter involved.

"At this point, we're waiting on a search warrant of the residence so we can conduct a full search of that house," Cotter said.