Anyone with information or who noticed suspicious activity should call 713-274-9100 or Crime Stoppers.
KTRK
By Courtney Fischer 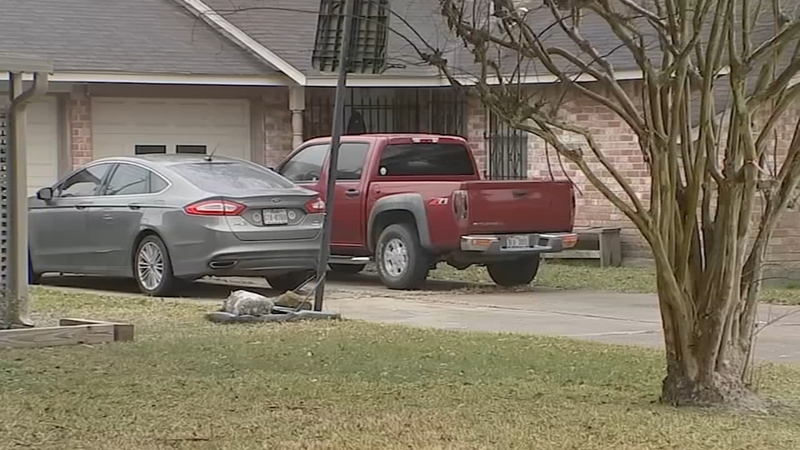 HARRIS COUNTY, Texas (KTRK) -- A man made a disturbing find in his own home in northeast Harris County Wednesday night when he discovered his wife had been stabbed to death.

The woman killed was identified as 64-year-old Delia Arriaga. Family told ABC13 reporter Courtney Fischer that Arriaga was a mother and a grandmother.

Courtney briefly spoke with Arriaga's adult daughter, who said no one understands why someone would stab her to death.

Investigators have not revealed a motive for the stabbing.

The front door of the Arriagas' house was dusted for fingerprints, though investigators said it doesn't appear that the killer forced their way inside.

That detail has left Harris County Sheriff's Office detectives wondering: Did Arriaga let her killer in because she knew them?

ABC13's Courtney Fischer reports from the scene, where a lot of questions surround the victim's death.

At 5:55 p.m. Wednesday, investigators said Arriaga's husband arrived at their home in the 13100 block of Vickery Road near the Eastex Freeway, walked in, and found his wife stabbed repeatedly. Sources said the house appeared to be in disarray.

The husband called 911 and tried to perform CPR, but couldn't save her, police said.

Investigators turned to surveillance video from apartments across the street and at the gas station down the road. They said the cameras may have caught something.

At 5:55 p.m., Delia Arriaga's husband arrived home to find his wife had been murdered. Delia had been stabbed repeatedly. Her killer was gone. It didn't appear anyone had forced their way in. pic.twitter.com/M1ha1UPxiz

The sheriff's office hasn't said if it has video of the killer, but deputies are asking anyone who lives around Vickery Road to check their cameras. If you find anything suspicious, investigators want to see it.

Neighbors told ABC13 that Vickery Road is a pretty busy street. It's a shortcut to get to Aldine Mail Route, so there's always a lot of traffic. No neighbors said they heard anything unusual Wednesday night.

Anyone who has information or saw any suspicious activity is asked to call 713-274-9100 or Crime Stoppers.