Woman in her 80s killed in house fire in N. Harris Co., 5 children inside home at time of fire 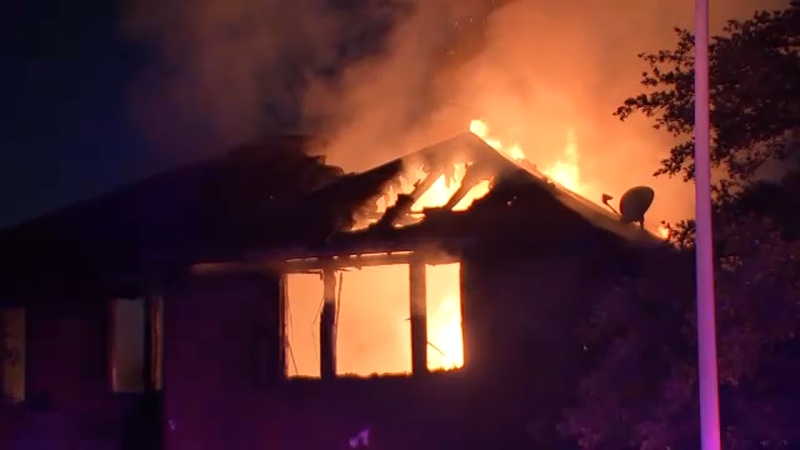 Woman in her 80s killed in house fire in N. Harris County

HARRIS COUNTY, Texas (KTRK) -- A woman in her 80s was killed in a house fire early Friday in north Harris County.

Four adults and five children were inside the home on Honey Bee Court near Amber Rose when the fire started.

According to an update from the Harris County Fire Marshal's Office, the grandfather alerted everyone of the fire when he saw smoke.

Relatives told ABC13 the children's father, 56, was able to lower his wife and one of the children from a second floor window onto the SUV in the driveway.

The father is in the hospital with smoke inhalation.

The woman was found in a downstairs restroom, near her bedroom. Authorities said it appeared she was trying to escape.

The family also told us that their dog was killed in the fire.

The fire marshal said that although the home has smoke detectors, it wasn't immediately known if they went off.

Officials believe the fire started in the back of the house.

There's no word on the cause.

The mother of the children (in the blue robe) says her husband (father) is intubated in the hospital rn after breathing too much of that smoke—but he’ll be okay.

He is a hero. pic.twitter.com/FUfeKisGnl