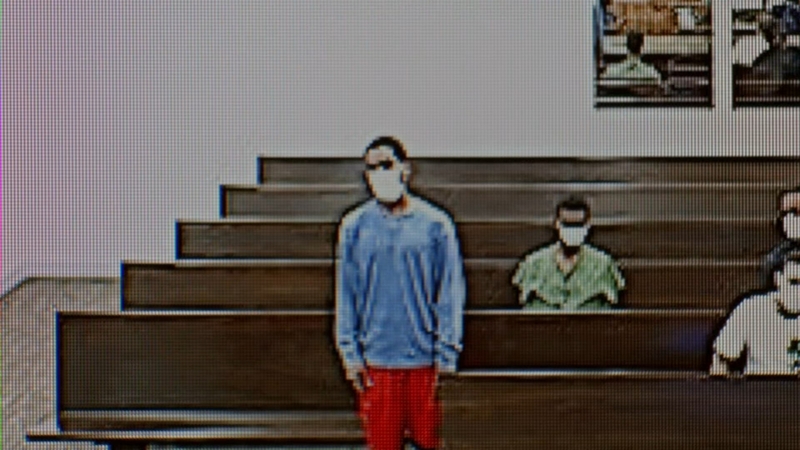 HARRIS COUNTY, Texas (KTRK) -- The man accused of stabbing a mother at least 40 times, killing her, goes back before a judge Thursday.

Deputies say this was a brutal murder. Anfernee Ramon Stephens is accused of stabbing Alexius Thomas-Jones at least 40 times inside her apartment in the 16700 block of Ella Boulevard last week.

Stephens appeared before a judge Wednesday night on a murder charge related to Jones' death.

Investigators say he was out on bond on an unrelated burglary charge when the killing happened.

A judge granted Stephens' bail again despite calling him a threat to public safety. This time, the bond was set at $150,000.

"He's at high risk to reoffend and when he does, it will be for a violent offense. What I'm going to do is set the bail in this case at $150,000," Magistrate Eva Flores said in court Wednesday.

The gruesome discovery of the woman's body was made during a welfare check after she didn't pick up her child, deputies said.

Last Monday, deputies conducted a welfare check at Jones' apartment after her mother couldn't get in touch with her. She was supposed to pick up her child and never showed.

When deputies arrived, they found a "horrifying scene" of the mother stabbed to death. Her car was also stolen.

Deputies said there were visible signs of a struggle, and the scene spanned several rooms in the apartment.

Investigators haven't said what the motive was behind the attack, or what the relationship was between her and Stephens.

Bail system critics say it's too easy for violent offenders to be released from custody, citing low bonds issued by judges.

As for Stephens, ABC13 found other prior felony convictions on his record, including robbery.