Friends react after newlyweds and pilot killed in helicopter crash 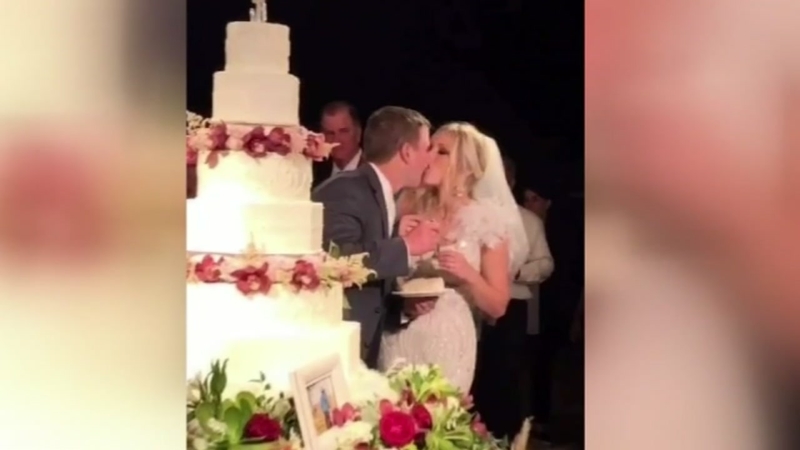 Friends and family reflect on newlyweds killed in helicopter crash

UVALDE, Texas (KTRK) -- It was a picture perfect south Texas wedding for the newlyweds Will Byler and Bailee Ackerman.

The couple celebrated their love among hundreds of friends and family at a ranch in Uvalde on Saturday night.

Cell phone video captured the couple's last moments, as they were celebrated by cheering friends, family and a sparkler trail to their family's helicopter.

The couple was headed to San Antonio, where they were supposed to catch a flight to their honeymoon destination.

During a news conference Monday, a federal official said the helicopter crashed into a rocky hillside five to 10 minutes after takeoff.

Byler, Ackerman and the pilot, Gerald Douglas Lawrence, were killed in the crash.

RELATED: Newlyweds helicopter crash: Who were the victims

Lawrence's stepdaughter told Eyewitness News that the helicopter was owned by the family of William Byler and Lawrence had been a pilot for the family for years.

"Seeing one of your friends last week and not thinking twice whether you'll see them the next week," said Garrett Jacobs, a friend of Byler's from the Sam Houston State University Rodeo Team.

Byler was a steer wrestler on SHSU's rodeo team.

"He was an exceptional athlete. The past two rodeos he's really cleaned up. He actually won the very last college rodeo we had," said Jacobs.