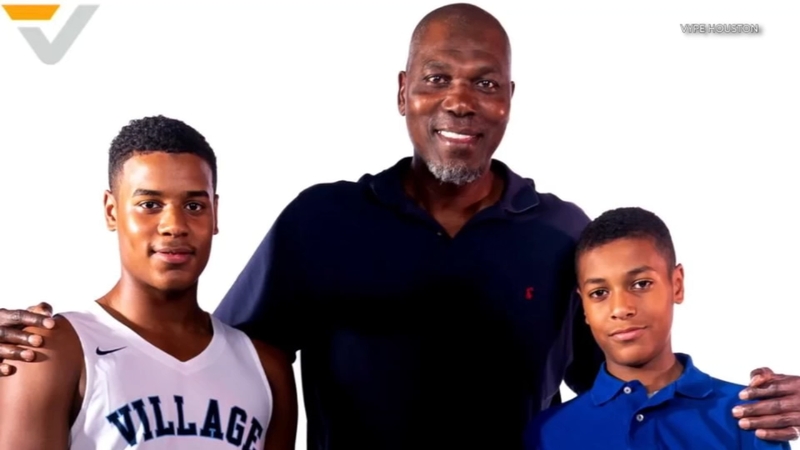 HOUSTON, Texas -- In the West Midlands Region of the United Kingdom, the game of basketball is not the most popular sport. Not by a long-shot.

For NBA Hall of Famer Hakeem Olajuwon though, it was always a sport he wanted to see his sons pursue. In fact, the member of the historic Phi Slamma Jama-era at the University of Houston made a deal with his sons Abdullah and Abdul.

"Every time I'd leave them with a basketball, I'd come back in it would turn into a soccer ball," Hakeem, who spoke to VYPE in an exclusive interview, said. "Then we made a deal, once they tasted basketball they'd forget about soccer. So, I put them in a basketball club and a soccer club. After three months, they forgot about soccer. I saw the passion, they started playing some games."

Originally, when they moved to the UK, Abdullah admitted they had a passion for soccer. They had played it before, so they didn't mind.

With basketball becoming a viable option, Abdul admitted that once he played it, things changed.

"When we used to play soccer, I was more passionate than everybody," Abdul, whose favorite NBA players are Golden State's Steph Curry and Sacramento Kings' De'Aaron Fox, said. "But when my dad told me to forget about soccer, I really didn't believe it. But after I tasted [playing basketball], I didn't want to play anything else, I knew that was my passion."

With their love of basketball growing, Hakeem had to make a decision and knew moving back to the United States would be best for their basketball future.

It was a month ago that the Olajuwons officially reclaimed Houston as their full-time home.