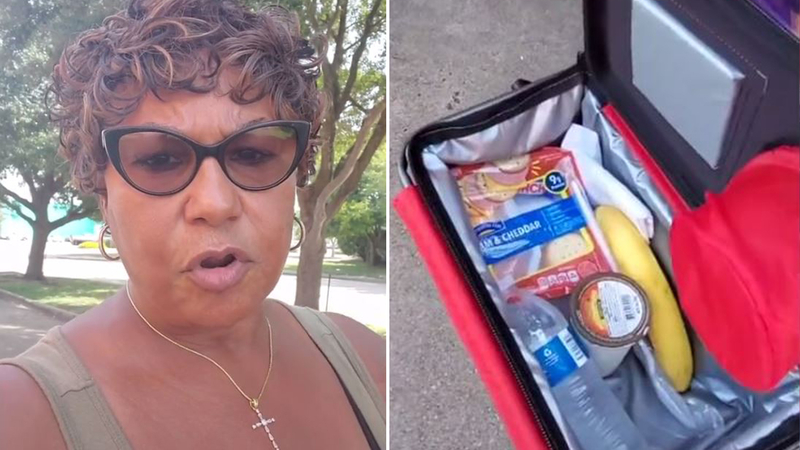 Houston woman's TikTok video is one you need to see today

HOUSTON, Texas -- An enthusiastic Houston mother has a few tips for all the voters facing long lines: Put on your grown folks hair, get your chair and get your snacks.

Belinda Varnado kept it one hundred about how nothing was going to stop her from voting, especially not heat, hunger or illness.

In a now-viral TikTok video set to Robin Thicke's "Blurred Lines" and shared nearly 9,400 times at the time of this writing, Varnado explains she has the essentials to make her voice heard, starting with her fly attire.

In case you were wondering, jush, according to a reference from RuPaul's Drag Race contestant Jasmine Masters, just means living your best life. Don't worry, we had to look that up, too.

But don't let that distract you from Varnado's pro tips.

But the most important message, Varnado told CNN's Don Lemon, was that she wanted people to get out and vote, no matter what it takes.

"I want everybody to get out and vote, especially my seniors. I think just because the lines are long, they're not going to be able to stand out there. And they're not going to want to stand out there if they're full of arthritis like me, so get your chair, get your snacks. Some of them might be diabetic, and I had an umbrella too, so when the sun shifted on one side, I shifted to the other side," Varnado said.

Varnado said she waited for an hour and a half to vote, which she felt wasn't bad, because when she first arrived, the line was all the way around the corner.

While she has quite the personality, Varnado doesn't want her message to get lost.

She said what really motivated her were issues such as health care and social security. She has also volunteered to drive people to the polls.

Like Varnado, voters have been eager to get out there.

In Harris County alone, the clerk's office said that when polls closed on Monday, the number of in-person votes and mail-in ballots surpassed 700,000 voters.

Remember that early voting in Texas lasts until Oct. 30 this year.

With one week left for early voting, here's what you need to know if you haven't crossed off 'vote early' from your to-do list.

People are taking notice of this man's TikTok video.

A young woman from Nassau County thought it would make a cool TikTok video - jumping off a boat for a swim in the Hudson River, in front of the Statue of Liberty.

A month ago, Humble ISD teacher Tricia Zinnecker had never used TikTok. Now, her videos are a huge hit with her students!

Students never want to miss a day of class with this teacher!