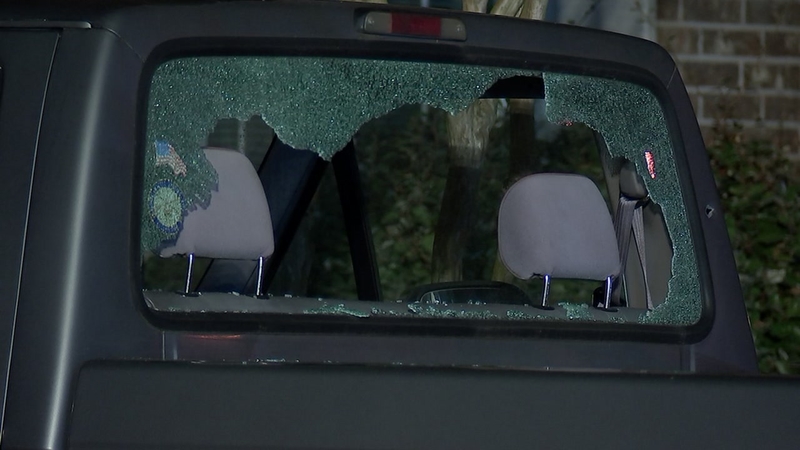 HARRIS COUNTY, TX (KTRK) -- A northwest Harris County homeowner was left with a gunshot would after a shootout with would-be robbers.

Deputies say they are searching for the men who did walked up the driveway with their guns drawn.

Investigators say these men tried to rob the homeowner in his garage, but that homeowner fought back.

What the suspects did not know was the homeowner had his own gun close by.

A homeowner is shot during an attempted robbery in his driveway on Vickie Springs in NW Harris Co #ABC13 #hounews pic.twitter.com/JFV8ZowTEr

During the alleged robbery attempt, the homeowner was shot in the back by the suspects, but the victim managed to pull out his gun and fired back.

Deputies say he may have hit one of the would-be robbers, but either way, the attack ended as the victim opened fire. The suspects ran off and haven't been seen since.

Deputies have been searching backyards of neighboring homes to find these guys.

So far, they have not been found, but authorities are also monitoring who is coming to local hospitals for anyone with gunshot wounds.