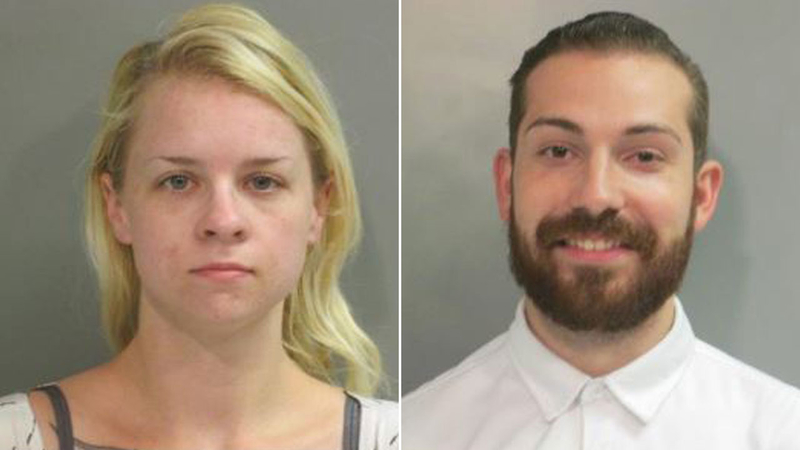 Nicholas Lowe walked out of the Washington County, Arkansas jail as if he was a free man - but little did the jail staff know that he made a run for it.

"To say it's unusual is kind of downplaying it. This just doesn't happen," Ventura County sheriff's Sgt. Eric Buschow said.

Lowe didn't get out of jail by himself. Authorities said his girlfriend, Maxine Feldstein, is the mastermind behind his release.

"The guy didn't dig his way out, but he escaped," Buschow said.

The multi-state crime started when a Ventura County sheriff's deputy put out a warrant for Lowe's arrest. He is accused of identity theft and false impersonation in Simi Valley. He was picked up in Arkansas and was about to be extradited.

That was until deputies said Feldstein forged a release document and sent it over from a Gmail account.

"Between the paperwork and these conversations it was convincing enough that once they had this document - this forged, false document that she created - they let Nicholas Lowe go. I'm not sure exactly how things go in Arkansas, but this had to be a tough pill to swallow for them," Buschow said.

In the email and over the phone, Feldstein reportedly said Ventura County was having issues with overcrowding and they would not be able to pick up the inmate for transport.

"Nowadays to use the justification that we're not coming to pick up this person because of overcrowding, well that doesn't sound too unusual. The unusual part was that we already made a commitment that we were going to come and get him," Buschow said.

In fact, Ventura County sheriff's deputies were in Arkansas to pick up Lowe then they found out he'd escaped. But not long after, Lowe and Feldstein were arrested at a Missouri hotel.