Unsung heroes who helped Houston as the waters rose 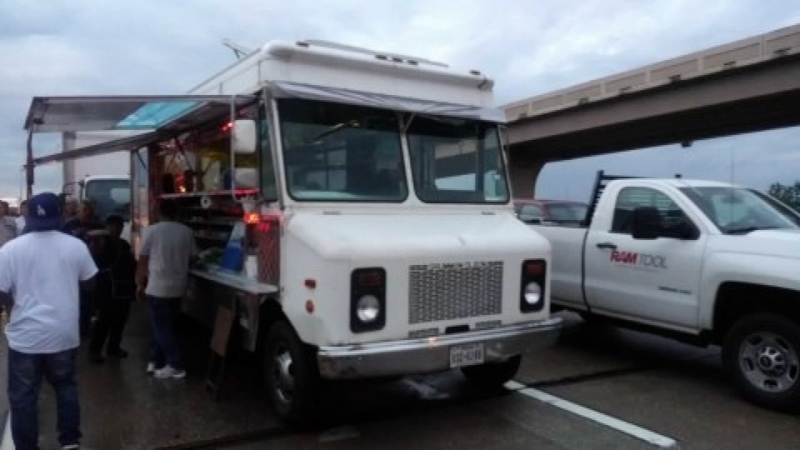 HOUSTON, Texas (KTRK) -- From flooded highways to stranded vehicles and people wading through water, we have seen it time and time again.

But the stories never get old seeing how Houston truly pulls together in times of need.

"The teachers kept them safe, made sure they had fun," Durham Elementary parent Laura Tracy said.

This video of students walking on top of benches to avoid flood water quickly went viral.

Many were angry after seeing the video on social media, but it was the total opposite for parents like Tracy, who say the video actually looks worse than what it was.

"They kept the students dry and safe and positive through the day, but in the process many lost their own shoes."

The school's PTA took to social media to raise money for those teachers and students who lost their shoes during Imelda.

With the amazing response from across the nation, the PTA is now asking people who still want to donate to help them make improvements to the 51-year-old campus by donating at www.DurhamPTA.org.

"The kids say it was the best day they have had on campus," Tracy said.

For the Houstonians who were stuck in traffic for eight hours or more, not the best day ever. That is until a food truck decided to start cooking.

"They were stuck in traffic with us," Lucio Vazquez said. "They just decided to open doors."

Vazquez was stuck on US-59 South when he started seeing people walking around with plates of food.

"They had pork, beef fajitas," he said.

And when they ran out, breakfast tacos was next on the menu.

"Hey, this is Houston, this is how we take care of it," Vazquez said.

The unknown heroes of Highway 59 just go to show that Houston is truly strong.

"They saved that traffic jam."