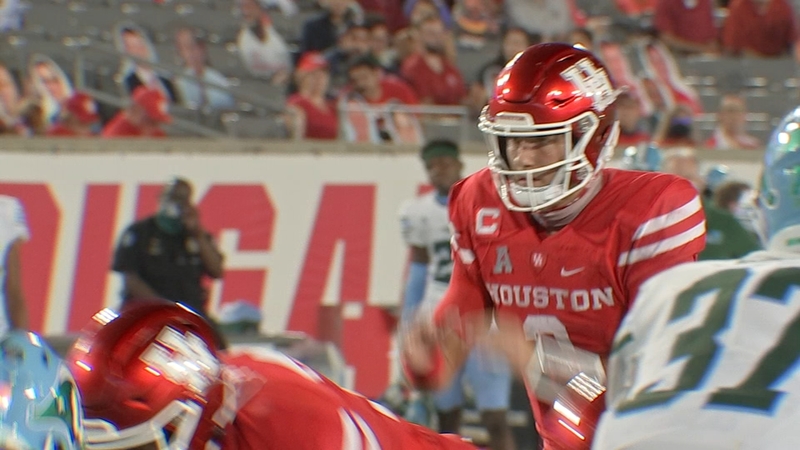 HOUSTON, Texas (KTRK) -- The University of Houston football game slated for Saturday against Tulsa is being postponed due to positive COVID-19 cases within the Cougars team, the school announced Tuesday.

UH's athletics department said the game may be rescheduled for Saturday, Dec. 19 if neither team is a participant in the American Athletic Conference Championship Game.

Houston is scheduled to return to action on Saturday, Dec. 5 at SMU, which was a rescheduled game from last week when UH encountered its first change due to virus cases on the team.

The Cougars concluded the regular season at Memphis on Saturday, Dec. 12.

The postponement against the Tulsa Hurricane marks the fifth time since the season began that the Cougars have had a game canceled or moved due to virus issues.

The previous four were because of coronavirus concerns with Houston opponents. Houston lost its entire slate of September games because of virus-related postponements.