Another one: 5th UH football game postponed or canceled this season 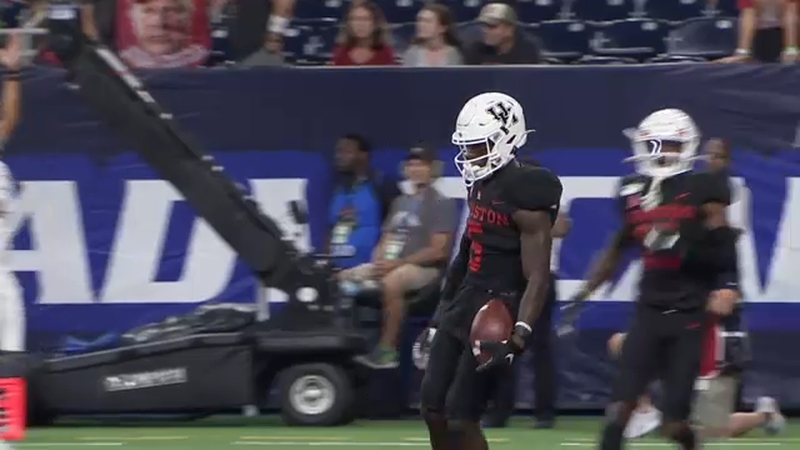 HOUSTON, Texas (KTRK) -- The University of Houston will wait another week to begin its football season after the Cougars' scheduled opponent this weekend, North Texas, pulled out.

UH's athletics department announced the cancellation Wednesday, not even a week after the school revealed its game against Baylor was also called off. Both games were cancelled relating to COVID-19.

"We understand this COVID-related decision North Texas has made to not play Saturday's game and appreciate the consistent dialogue with our program by UNT Athletics Director Wren Baker, his administration and medical staff during this week," said Chris Pezman, UH vice president for athletics. "I am disappointed for our student-athletes who have continued to focus on competing this season and were ready to play this Saturday. We will continue to work to adjust our schedule with the hopes of playing as soon as we can."

While other programs in the country have been able to start their seasons in the midst of the pandemic, UH has yet to kick off 2020 despite announcing plans to hold home games at TDECU Stadium to a 25% capacity limit.

In a tweet, North Texas disclosed that positive test results and contact tracing forced the cancellation. Both schools are working to reschedule the game.

Saturday's game at Houston has been canceled. ⤵️ pic.twitter.com/Zdz1uQV8Au

Houston was originally tabbed to take on cross-town rival Rice Owls on Sept. 3 before that was postponed by Rice.

Houston's Sept. 12 matchup against another Cougars team, Washington State, was canceled after the Pac-12 postponed the season for all of its teams.

Then, UH's original conference opener, which was a Sept. 18 contest with Memphis, was postponed after a reported outbreak on the Tigers team.

And, as mentioned, UH's road contest against Baylor in Waco on Sept. 19, was called off a week after it was put together.

So what's next? Houston's next slated opponent is Tulane on Oct. 8 at home.

Eight days after that, the Cougars will face BYU, which, as it stands, is their one and only non-conference opponent, on Oct. 16.